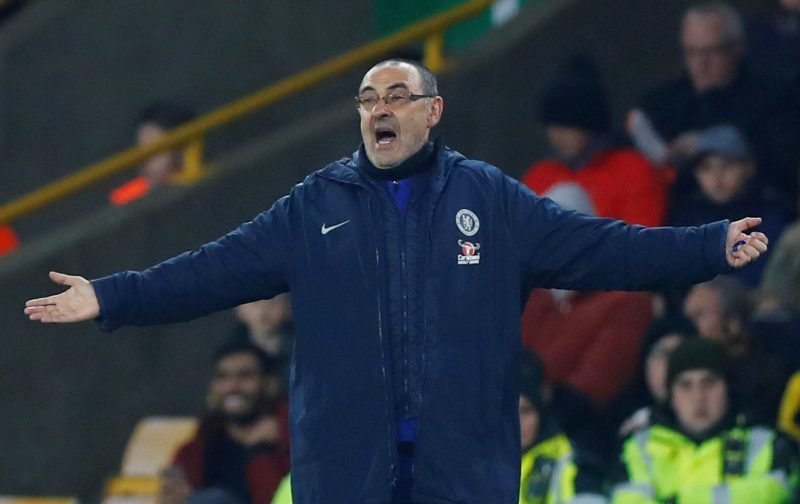 As many of you may know, I have advocated keeping Sarri and allow him time to develop his philosophy here at Chelsea. But after yesterday’s debacle, I must confess that even I am wavering.

I could blame Sarri.

I could blame the players.

I could blame the Board.

But what would be the point?

Who amongst us could change the thinking of the club, the philosophy of Sarri or the direction and business acumen of the Board?

None of us. End of story, surely?

We the supporters are also embroiled in this mess and are just as much to blame. Why’s that?

Because everyone has dreams and expectations. We are humans and therefore fallible. We all make mistakes.

Let’s share the burden of failure and the fruits of success equally.

Abramovich has spent a billion, yes a billion of his own money to realise his ambition. The players have been paid millions to produce the goods. The successive managers have by and large provided a platform for the players to reap substantial success.

We have had a strange, misunderstood and largely an extremely successful tenure.

Many trophies later including the Champions League adorn our cabinet.

The only team in London to have been able to touch the “Big Ears” trophy.

Chelsea fans are the only London club supporters to have been privileged enough to go and have their pictures taken with the Champions League trophy. Great times, great memories.

The flame of the Champions league burnt inside all of us and after the outpouring of grief having lost on penalties we then all rejoiced when in 2012 we achieved the ultimate prize. Champions of Europe, you’ll never sing that! (That’s a message to all other London Clubs that masquerade as contenders).

And here lies our problem.

You see, we reached one Champions League final in 2008 (Oh, how that still hurts) and then we reached another in 2012. Both times we had managers who were not managers at the start of the two respective seasons. Both came in as interim charges.

And whilst I loved Roberto Di Matteo, he was not a Chelsea manager. Avram Grant was never a manager.

No, neither were managers that had the standing or skills to fully lead Chelsea teams full of great players, great fighters and great skills.

And perhaps what was apparent to all of us, was that they had the one ingredient that is sadly lacking in recent teams.

Oh, we have players of great skill and guile. We have individuals that exude excellence.

But we don’t have leaders. Battle-hardened with a never-say-die attitude.

When I was a lad, we played football on pitches that were 6-9 inches deep in mud. We played on rock-hard surfaces and we played whether it was snowing, raining or scorching sun. If we got a cut (and I’m sure you’ll agree we all have), we used to sneak home and without our mothers noticing, we used to tape up the wounds with anything. I used sellotape.

The following day, we went back and played again. What great times. We still have the scars, but we also have great memories.

Sorry, I digress, but you’ll see what I’m driving at very shortly.

When we got to the Champions League final in 2008 and then again in 2012, we had one common denominator.

We have been spoilt with all the success of our recent past built on the will of the players to win.

When you have had midfield warriors such as Ballack, Makalele, Lampard, Essien, and defenders such as JT, Desailly, Carvalho, Ashley Cole led by Drogba and protected in goal by Cech, it is always going to be a hard act to follow.

These men decided what was best on the pitch, they decided how they would play and changed it if needed.

They didn’t need a manager and THEY DID NOT NEED EXCUSES.

I don’t want Azpiliqueta to say sorry after every defeat. I want him to thrash some of his players whilst the game is going on. He says that a performance like yesterday against Manchester City is unacceptable.

Azpi, we already know that mate!

You said the same after the game against Bournemouth. What’s different?

I never heard JT, Drogba, Ballack, Essien or Ashley Cole apologise and why should they?

Because when these leaders came off the pitch, they had left everything there. Blood, sweat and tears. Even if we had lost, we were certain of one thing, this lot would be back. And invariably they were.

Compare that with the wishy-washy, lily-livered shower that adorn the Chelsea shirt nowadays.

I love football, I love attractive football played by artists but to ask these artists to play to an audience, needs a platform.

A platform built on solid foundations that are reinforced with steel. The steel that JT, Ashley Cole, Drogba, Essien and Cech had and still have. And do you know how to tell the difference?

Look into their eyes and you will see steel.

Tell them that there is another team better then Chelsea and all of a sudden you will see their demeanour change. They will not laugh it off. They will respond and you will know when they respond that the foundations that they reinforced all those years ago are still there.

It’s just the new bunch of pampered, eyebrow plucking and white tooth brigade that has changed the look of the Chelsea Empire.

Let’s bring them all back into the fold as below;

and as I have alluded to recently let these men, these leaders, teach the new generation of Chelsea players what true leaders do when it comes to the crunch. When times get tough.

The two things that I know that true leaders do not do, is hide or run.

The fans pay their hard earned cash and suffer to stand beside the players, now it is the time for the players to repay that love and faith show that the Chelsea badge on their shirts means more than a monthly pay cheque.

This is Chelsea and we are not a stepping stone for anyone.

If Sarri Was Released, Is His Successor Already In Place?