Everton Pursuing Chelsea Defender But It Is Not Kurt Zouma 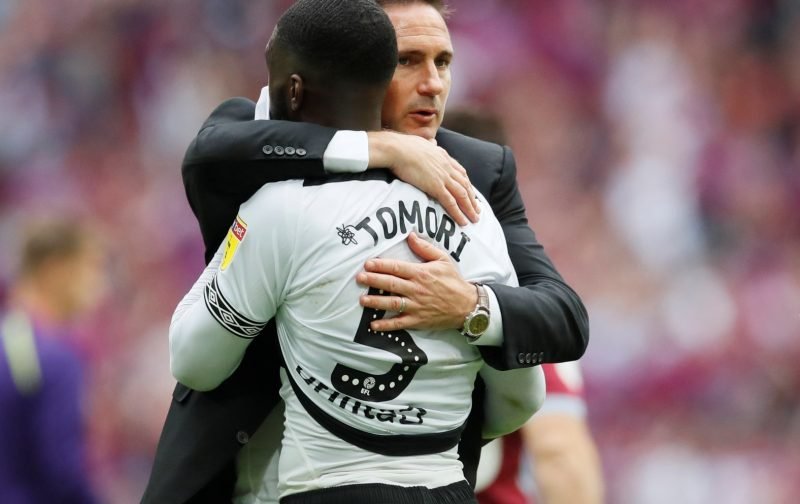 Last season, the Chelsea defender, Kurt Zouma, was impressive at the heart of the Everton defence, where he spent the campaign on loan.

Such was his form the Toffees were keen to sign the Frenchman on a permanent deal.

However, that ambition suffered a serious knockback when Frank Lampard, leading the new managerial regime at Stamford Bridge, admitted zouma-set-to-play-a-big-part-in-a-lampard-revamped-chelsea-defence.

But it appears Everton, according to Sky Sports, Everton are still keen to have a current Chelsea player on their books with the Goodison Park-based outfit now being linked with a loan move for our young England U21 defender, Fikayo Tomori.

Tomori is no stranger to loan spells having spent last season at Derby County, working under Frank Lampard.

However, whilst Tomori may hope for a place in the Chelsea first team he knows the opposition for a place at the heart of the Chelsea defence is immense with David Luiz, Andreas Christenson, Antonio Rudiger and Kurt Zouma all ahead of the youngster in the pecking order.

Here at Vital Chelsea, we reckon a loan move to Everton would be just the ticket for the youngster and, provided he’s given sufficient first-team opportunities, will enable Chelsea to monitor his progress whilst gauging whether he does have a long-term future at Stamford Bridge.