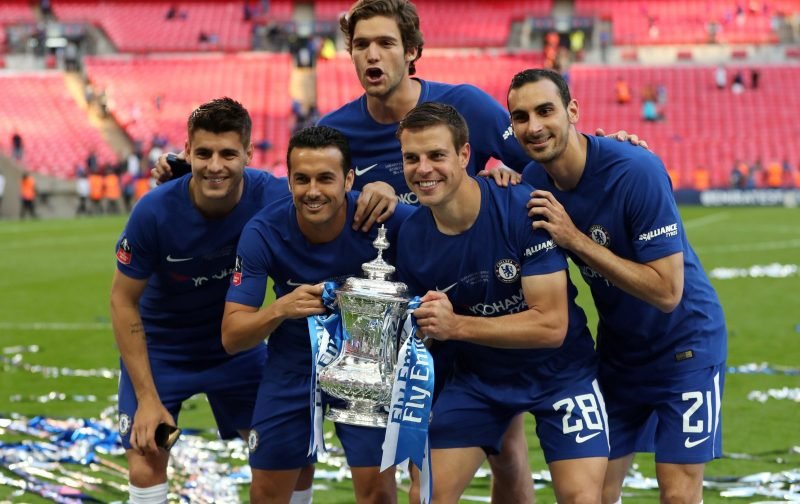 Okay, it wasn’t the best of FA Cup Finals was it, but does the performance really matter on an occasion like this?

When there’s silverware at stake, I firmly belong to the camp where the result means everything, I’d rather reflect on a 1-0 win than a 3-2 defeat, wouldn’t you?

Antonio Conte had a plan for this game and the side he selected went along with it. Everyone who got the opportunity to play did everything that was asked of them.

Being Italian, Conte was never going to go gung-ho, any risks taken were going to be cool and calculated and the reward came in the twenty-second minute when a superb ball from Fabregas released Hazard.

In all honesty, Jones did well to catch Hazard as he sped away, but the centre-back was never going to be able to win the ball cleanly when travelling at that pace and whilst also having to make a ball-winning tackle.

As a consequence, Hazard was fouled in the area and Michael Oliver quite rightly gave a penalty.

Hazard stepped up and as cool as you like played his waiting game, urging De Gea to go one way and then calmly putting the ball in the opposite corner.

From that moment on Chelsea had something to hang onto, a lead to protect and they did it superbly. Sure, there were some nervy moments, but somebody always came to the rescue, whether it was Azpilicueta with some superb blocks, Rudiger with some old-fashioned hefty clearances or Courtois with some saves in what was his best game for Chelsea for some time.

Cue the final whistle, the job had been done, savour the moment, winning a major trophy is an achievement most clubs don’t sample, just ask Manchester United who ended the season without any silverware.