For Sarri The End Of The Beginning Is Nigh 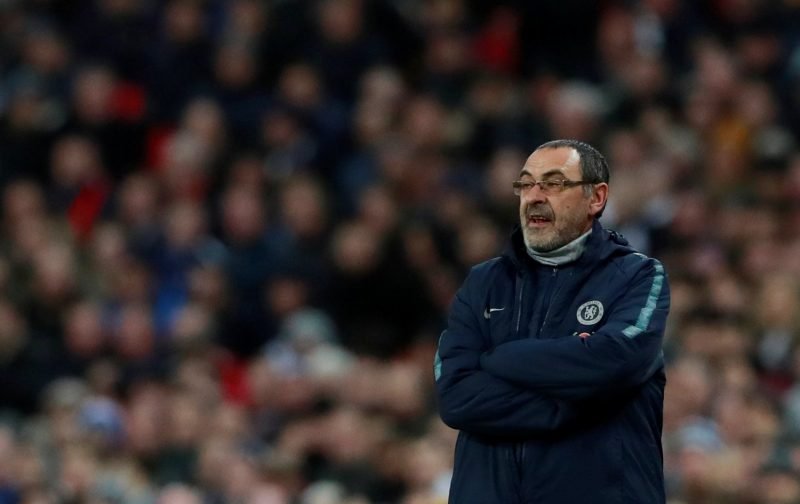 What is it about trips to North London?

Why, for the third time this season have we been beaten against sides from that neck of the woods, twice by Tottenham Hotspur and once by Arsenal?

Why is it that in two of those games we’ve not been poor but very poor?

Why is it that a team that were Premier League champions not so long ago now have the look of a side that will struggle to finish in the top four for the second consecutive season?

Four questions we could sit and debate all day.

But, to me, the four questions have one common denominator – Maurizio Sarri.

Back in August, the Italian reckoned it’d take his side three months to understand the way in which he wants them to play.

Four months down the line I’d suggest that the way he wants them to play has sunk in and left them all devoid of ideas and completely flummoxed.

I don’t think I’ve seen so many inept, boring displays from Chelsea since the bad old days of the early eighties.

Now I’m not normally one to call for a manager’s head but I’m, fast losing patience with this one.

After such an inept performance where we didn’t have a shot on target until past the eightieth minute, you’d hope that the managers’ post-match remarks would install a little faith, but far from it.

Sarri, talking to BT Sport and as reported by the BBC, remarked,

“I’m really angry about the approach that we adopted today. You can find yourself in difficulties from time to time, but we need to react to those difficulties a lot better than we did today.

“It’s an approach we can’t really accept. It was the same in our game against Tottenham.

“We thought we’d overcome that problem, but it seems we really struggle to get ourselves up for these games at times. I don’t mind losing but I don’t like losing in this manner.”

Pretty damning if you ask me, but the most damning indictment of his reign so far comes in the following line:

“It seems we really struggle to get ourselves up for these games.”

Games against the likes of Arsenal and Tottenham, London derby fixtures should be the easiest kind of games for anyone wearing our badge to get up for, I can only think that the squad have no confidence in Sarri’s style of play and that the Italian’s motivational skills are not what they should be.

Tottenham arrive at Stamford Bridge, on Thursday, for the second leg of a Carabao Cup semi-final, it’s the ideal opportunity for Sarri to get a wavering support back on side, but on the evidence of what we’ve seen lately, it could be a long night.

The end of the beginning for Sarri is my way of thinking!