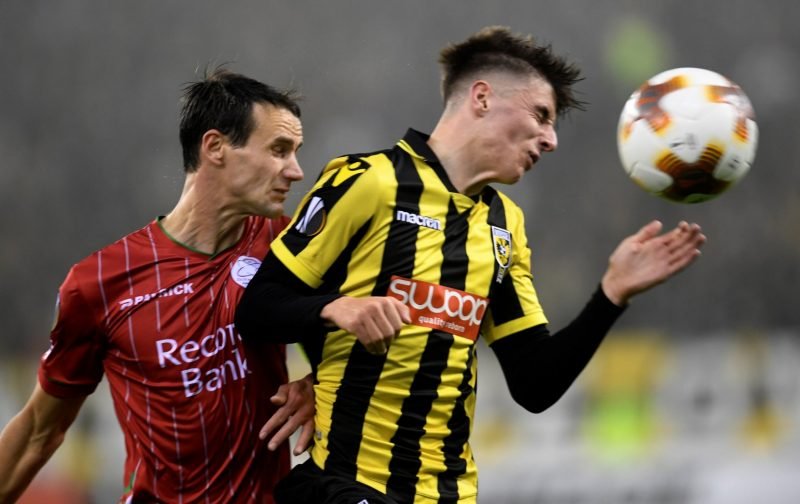 It’s that time of the week, Sunday where transfer speculation normally hits a peak.

Unfortunately, that doesn’t appear to be the case this week, possibly because the media are more concerned with the forthcoming 2018 World Cup, in Russia, which commences this Thursday.

However, through the power of Twitter, we have come up with a few tweets that may attract your attention.

The first relates to our Brazilian defender, David Luiz.

David Luiz was conspicuous by his absence, in the second-half of the season, with it being claimed he was sidelined by a series of injuries, but was that the whole truth? We’ll let you decide.

However, one tweet suggests that the popular Brazilian could be on his way to Serie A:

#Napoli are in for David Luiz after being urged to sign him by new boss Carlo Ancelotti. The Italian is said to be a big fan of the centre-back and he has added him to his summer shopping list. (La Repubblica) #CFC

Elsewhere, our young midfielder, Mason Mount has returned to the UK after a very successful loan spell with the Dutch side, Vitesse.

Mason is tipped to have a golden future in the game and could be a rare commodity, a player who comes through the youth ranks, at Chelsea, to become a first-team regular.

His attributes have been emphasised by the Vitesse Technical Director Van Hintum:

#Vitesse Technical Director Van Hintum: “We were able to enjoy a great talent. At #Ajax there are no better midfield players than him, no not even Ziyech. Mason has everything – ability, dribbling skills, tactical flexibility, technique, depth & dynamism” (De Gelderlander) #CFC

Can Mason establish himself at Stamford Bridge?

Another player who had a disappointing second-half of the season is Pedro. The Spaniard was in and out of the side and as a consequence his form suffered. However, it seems Pedro is ready to push on, for Chelsea, next season:

Pedro: “I'm enjoying my holidays right now, getting some rest and spending time with family, and then start the new season in the best way." #CFC (CadenaSER)

My guess is that Pedro’s future at Stamford Bridge could very well depend on the managerial situation.

Lastly, the big news of the last few days has been the announcement that Harry Kane has signed a new long-term deal with our London rivals Tottenham, prompting Piers Morgan to tweet:

BREAKING: Harry Kane has announced he won't be winning the Premier League until at least 2025. pic.twitter.com/Dw0KS2XZVa

Well, that certainly brought a smile to my face this fine Sunday morning.