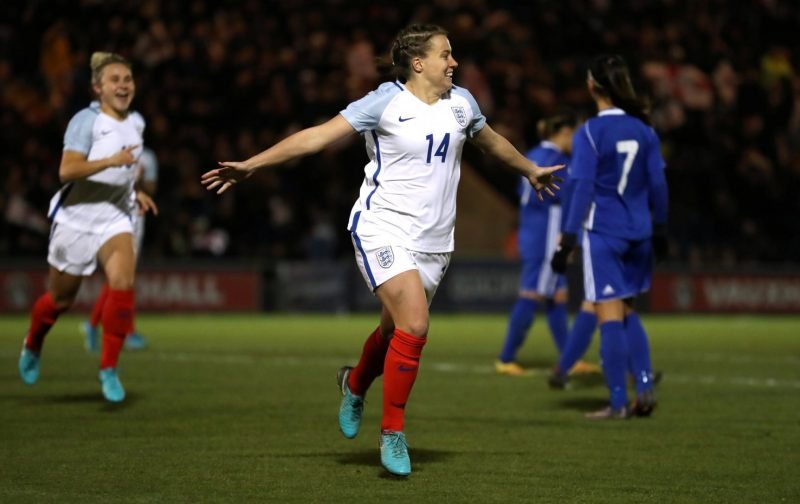 Following their Champions League defeat against Wolfsburg six players from Chelsea Ladies headed into central London for the Professional Footballers Association Player of the Year Awards.

Congratulations to Fran Kirby, the women’s PFA Players’ Player of the Year in association with @SodexoUK_IRE ?? #PFAAwards pic.twitter.com/hebqW4OD2P

The ceremony was taking place at the Grosvenor House Hotel and Fran Kirby was voted Women’s Player of the Year, as voted for by her peers. It was a terrific appreciation of not only her Chelsea achievements but also those with the England squad.

It was a clean sweep for Chelsea with Ji So-Yun voted in second and Maren Mjelde coming in third. For Kirby it was a humbling experience,

‘I have to say a massive thank you to everyone who voted for me, it is great that people don’t mind me scoring against them once in a while!’

‘I am really happy to win this award and thank you to my teammates who have enabled me to be in this position. Coming back off a long-term injury, the main thing was to play as much as I could and I have done that and I want to win as much as I can with Chelsea and hopefully with England as well.’

The 24-year-old joined Chelsea in July 2015 from Reading where she had a prolific scoring record, grabbing 67 goals in 42 appearances. In 2014, she became the Royal’s first female professional, she’d been at the club since she was just 7-years-old. In her 30 England international appearances since her debut in 2014, she has netted 10 times. Marcos Alonso, who was in the PFA Premier League team of the Year presented the award to Kirby.

"It's great that people don't mind me scoring against them once in a while!"

A little bit of an awkward exit for Alonso in that clip. Kirby’s current manager Emma Hayes spoke about how well the forward has done following a year’s absence due mainly to a bad knee injury.

‘Fran is back to her best level after suffering a terrible injury and she deserves credit for the work she’s done behind the scenes, when no one is looking, the determination she has shown to get her to this place.’

‘She’s shown the quality of her finishing, which we all knew about her, but people need to credit the amount of running she does off the ball, especially with the schedule we’ve had. As far as I’m concerned she’s the best English attacking player in the country – and by a country mile.’

All that remains is for us at Vital Chelsea to add our congratulations to Fran and all those nominated.