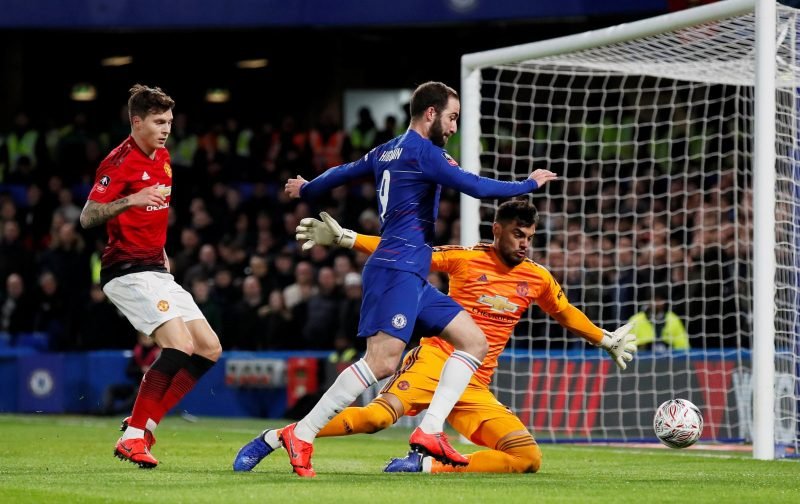 After the fanfare that heralded his arrival, in the January transfer window, the jury is, in my opinion, still out on whether Gonzalo Higuain has a long-term future at Chelsea Football Club.

Although the Argentine international has shown, in glimpses, he is an upgrade on Alvaro Morata and Olivier Giroud, the 31-year-old hasn’t hit the net with the regularity we hoped for.

Indeed, on Sunday, in the Carabao Cup Final, the veteran striker didn’t make the starting eleven, much to his disappointment.

As far as we’re aware, Chelsea have an option to buy the striker come to the end of the season and, according to the news source, the Sun, which has picked up on something in the Italian media, is inferring that his parent club, Juventus, have no intention of utilising the striker after his loan spell at Stamford Bridge finishes.

Therefore, our question to you, even though it could still be called early-days as far as his Chelsea career is concerned, what is the likelihood of Higuain’s loan deal becoming a permanent deal, good, middle-to-fair, slim or no chance?

Simply drop your verdict into the comment facility beneath this article.

One Reply to “Higuain’s Future Is At Stake At Chelsea”