History Set To Repeat Itself At Chelsea 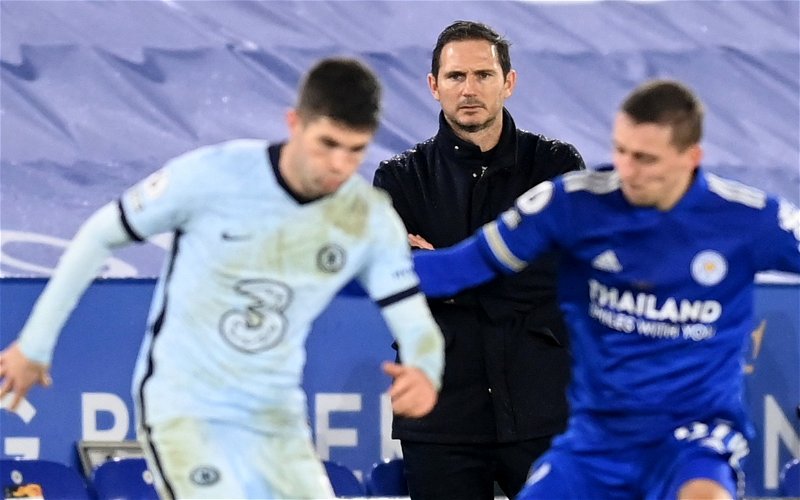 It would not have surprised me if I awoke this morning to find that Chelsea had axed Frank Lampard.

The guy is a legend, it is hard not to like him but the more of his Chelsea side I see in this strange 2020 / 2021 season, I become less convinced that we Are moving in the right direction.

Last night, against Leicester City, we produced another of those performances that could, at best, be called lacklustre.

Watching, hoping my side could eek out a win, from the moment Leicester took the lead, with an early goal, deep down I knew we were never going to get anything from the game,

Our game is based around possession, we move the ball backwards and forwards across the pitch but the big failure, I believe, is we lack that attacking thrust and guile to break defences down.

After all, by the time we look to push forward we have taken so long to do so the opposition have all eleven players behind the ball.

What makes it so hard to comprehend is that last season, we looked to be progressing, a top-four finish and an appearance in the FA Cup Final, gave us hope that Lampard could lead us into a new dynasty.

That belief was backed by the board when they invested heavily in a plethora of new talent, players that, supposedly, were going to turn us into world-beaters.

But, of those purchased, it is only Thiago Silva that continues to impress, the one player who was supposed to be over the hill.

The others, Werner, Havertz, Chilwell, Mendy and Ziyech, may have impressed in patches, but the consistency they should be showing is not there.

I can only ask, have we bought duds or is there something not quite right behind the scenes?

Talking, on the phone, to a colleague last night, he suggested that Lampard, for one reason or another, had lost the dressing room, could his suggestion be true?

I started this article mentioning I was expecting to awake this morning to find Lampard had been axed, it still would not surprise me if it were to happen, Jose Mourinho, in his second spell, was sacked after a poor start to a season and after losing away to Leicester, could history be about to repeat itself?

Please feel free to have your say on Frank’s future in the comment facility beneath this article.

On Sunday, we face the Championship side, Luton Town, in the FA Cup 4th round, on the evidence of recent form shown by Chelsea it would not surprise me if we were on the end of a big cup shock!