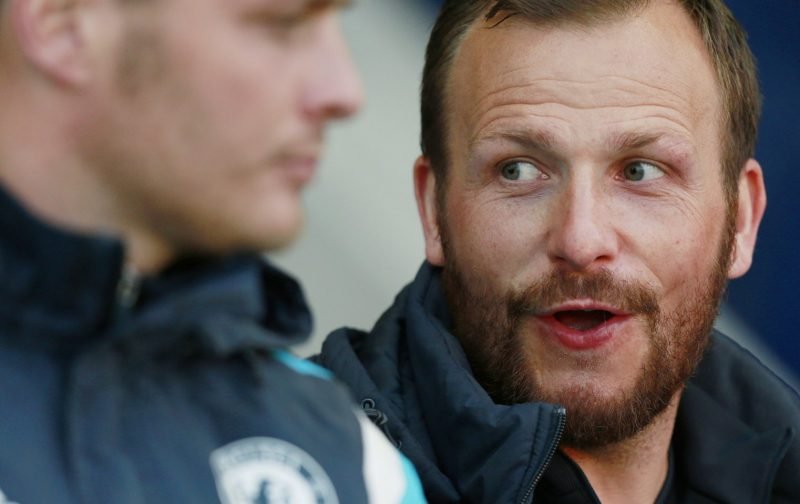 The word on the street had, over the weekend, suggested that Jody Morris could be on the verge of leaving Chelsea Football Club.

With the Chelsea legend that is Frank Lampard having picked up the managerial gauntlet at Pride Park, the inference that Frank would invite Jody to join him has become reality, Click Here

Morris, who guided the U18 squad to glory last season has, as confirmed by the club, taken the opportunity to join the first-team coaching staff at Derby County.

His departure has seen the Chelsea support take to Twitter offering their thoughts, a typical tweet reading:

Whilst another tweet suggests Chelsea have missed a golden opportunity:

I’m afraid you missed a trick there Chelsea. You need to as a club give people and young talent a chance, what worse can you do?

But, in reality, some believe the opportunity was too good to turn down:

Will be missed @ChelseaFC but great opportunity!

Here at Vital Chelsea, we’re disappointed Jody has gone, but with an offer to work alongside Frank, at a higher level, he couldn’t turn it down, could he?

Now we wait to see who will be appointed to fill the position left vacant by the departure of Jody.

Anyone care to take a guess?