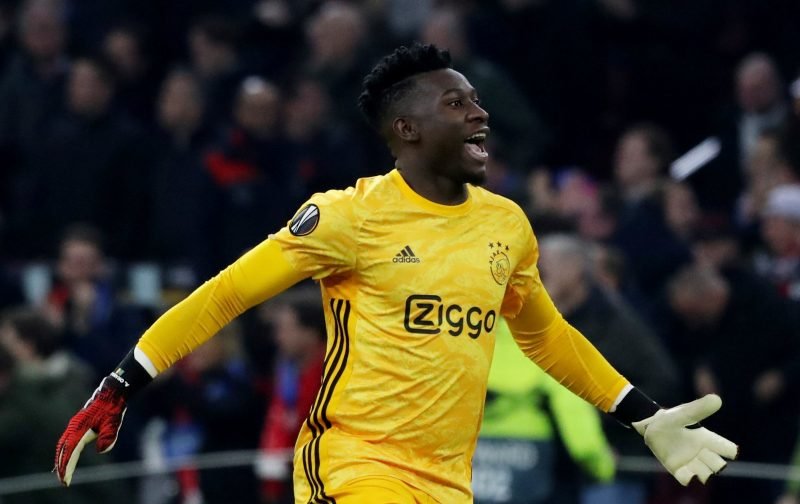 Previously, here on Vital Chelsea, we’ve covered the transfer speculation linking the club with the possible acquisition of the Ajax goalkeeper, Andre Onana.

Our articles – chelsea-looking-towards-europe-to-sign-a-new-goalkeeper and – its-yet-more-jeepers-keepers-for-chelsea-as-the-media-run-riot – covered the possibility that Chelsea perceive the Cameroon international goalkeeper as the replacement for Kepa Arizabalaga.

It’s a speculation thread that has, once again, been picked up on by the media this weekend with The Telegraph inferring that the Dutch club have placed a £35 million price-tag on the goalkeeper who has, according to our source, also drawn interest from Barcelona and Paris Saint-Germain.

As I may have said before, although Onana is a more than decent keeper, I’m of the opinion that Chelsea should give Kepa another season to prove that he really is a class act.

But is this a view you concur with?