Injured Chelsea Defender Could Miss The Remainder Of The Season 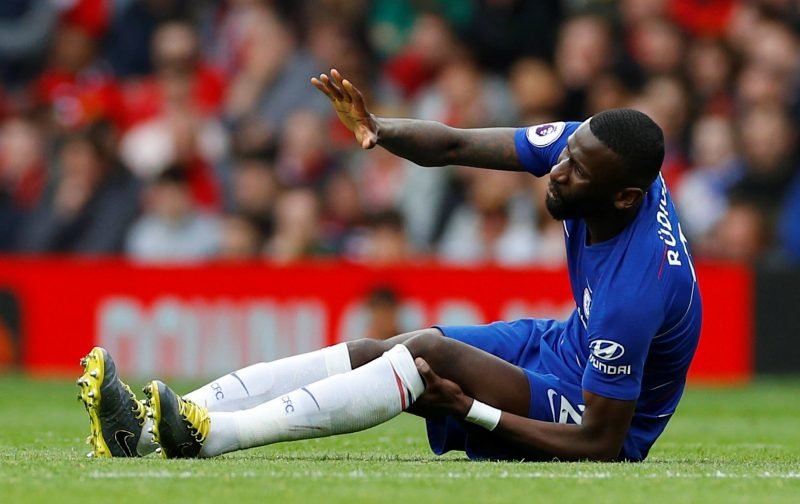 At Old Trafford, Antonio Rudiger made his first start since picking up a knee injury in the fixture against Liverpool, two weeks earlier.

After a hectic opening half an hour, Rudiger looked to be settling back into the heart of the defence alongside David Luiz.

However, fate was to deliver the German international a cruel blow in the second-half when the defender was taken off, limping out of the action, with what looked to be a reoccurrence of the previous injury.

Wincing in pain and barely able to put any weight on the injured knee, it looks as if the German will miss the remainder of the season, something that will be a major blow when it comes to Maurizio Sarri’s hopes of claiming a top-four place in the Premier League and possibly claiming silverware in the Europa League.

This season, Rudiger has started in 44 of Chelsea’s 50 competitive fixtures this season and his potential loss will affect the balance of the side.

However, Rudiger hasn’t given up hope of making a quick comeback and had the following to say via the social media network:

Thanks for today’s support. I hope to be back soon ???????????????? #StayPositive #Hustle #AlwaysBelieve @ChelseaFC pic.twitter.com/PBGSbU6OpE

Let’s hope he does make a speedy recovery and if we get there, be ready for the Europa League Final in Baku.