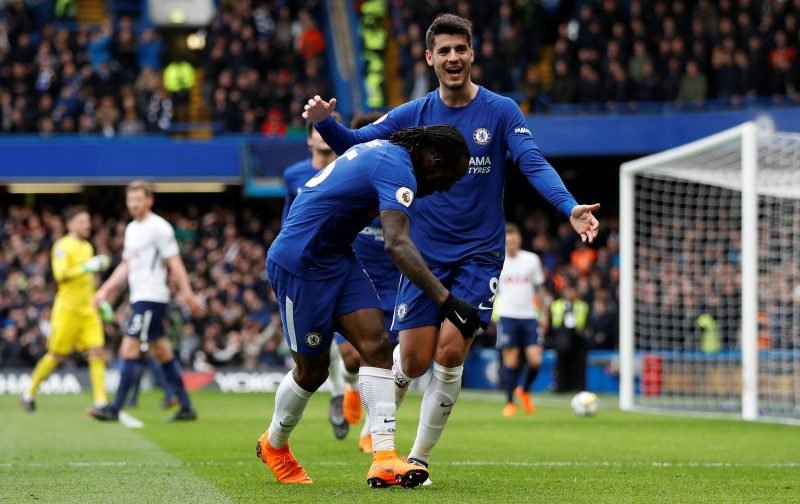 After the managerial heave-ho, at Stamford Bridge, during the summer, there were always going to be so-called casualties of war.

New managers bring in new ideas and new philosophies and that has been exactly the case with Maurizio Sarri.

The Italian has abandoned the back-three favoured by his compatriot Antonio Conte, a back-three supplemented by wing-backs, and has opted for a more familiar back-four.

As a consequence, Cesar Azpilicueta has moved back to right-back, Antonio Rudiger and David Luiz have found favour as the centre-backs and Marcos Alonso has made the remaining place in the back four his own with his usual mixture of attacking vigour and defensive awareness.

Unfortunately, Victor Moses has found himself out-of-favour and has failed to make any headway when it comes to first-team football.

Subsequently, it is now being reported that the 27-year-old, according to the news source, the Standard, is considering his future at Stamford Bridge.

The Nigeran international knows that he needs regular first-team football at this stage of his career and that a move away from SW6 could be an option.

Here at Vital Chelsea, we do have some sympathy for Victor, working in tandem with Alonso and as a fulcrum point of Antonio Conte’s change in defensive philosophy from a back-four to a back-three, he formed part of the regular starting eleven that stormed to the Premier League title.

But, Sarri obviously has his own ideas and, with Chelsea unbeaten this season, they appear to be working well.

A parting of the ways perhaps seems inevitable, a consequence of the aforementioned managerial upheaval, but would selling Moses, possibly in January, be a good move or a bad move in your point of view?