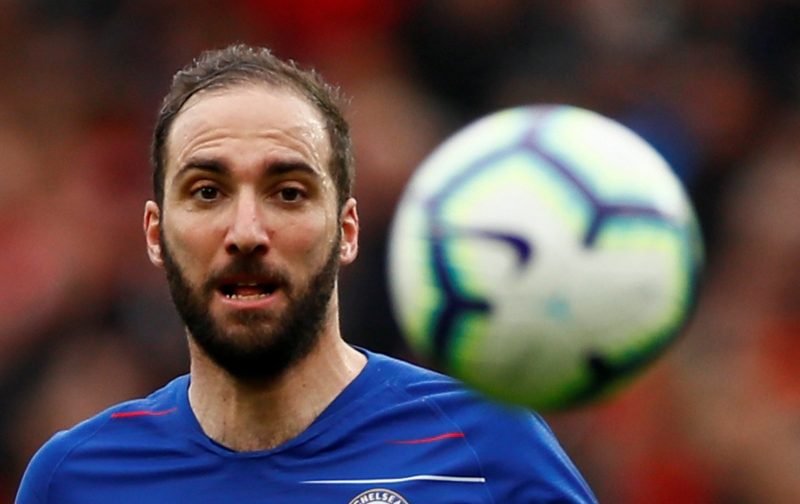 Any possible upholding of the FIFA imposed transfer ban will, no doubt, have an effect on Chelsea’s plans this summer.

Hopefully, FIFA will have the good grace to delay the ban allowing Chelsea to participate in what we perceive will be a busy summer transfer window.

One position that, here at Vital Chelsea, we believe Chelsea need to add to is the central striker role.

Ever since it was decreed that Diego Costa could return from whence, he’d come, we’ve struggled.

Alvaro Morata is set for another season out on loan whilst Tammy Abraham has yet to prove himself in top-flight football.

However, according to Maurizio Sarri, the answer to this particular problem could already be at Stamford Bridge – Gonzalo Higuain.

When pressed on the subject matter and as reported by the BBC, Sarri had something interesting to say, commenting on whether Higuain would remain at Stamford Bridge:

“It’s difficult to adapt to the Premier League. I think in the next season he will be able to score a lot.

“For a striker it is difficult to get used to the Premier League. I remember Suarez at Liverpool in his first season only scored three goals, then 16, then 24.”

Personally, I have my doubts, at Old Trafford, on Sunday, Higuain looked off the pace and a faded force whilst forever falling foul of the offside trap and failing to see the obvious pass to comrades.

Seemingly, Chelsea have an option to turn Higuain’s deal into a permanent one for the sum of £1 million or secure a second loan deal for £15.5 million, for another season.

I’d advise them to look elsewhere, but is it an opinion you concur with?

Please feel free to offer your viewpoint on the above subject matter in the comment facility beneath this article.