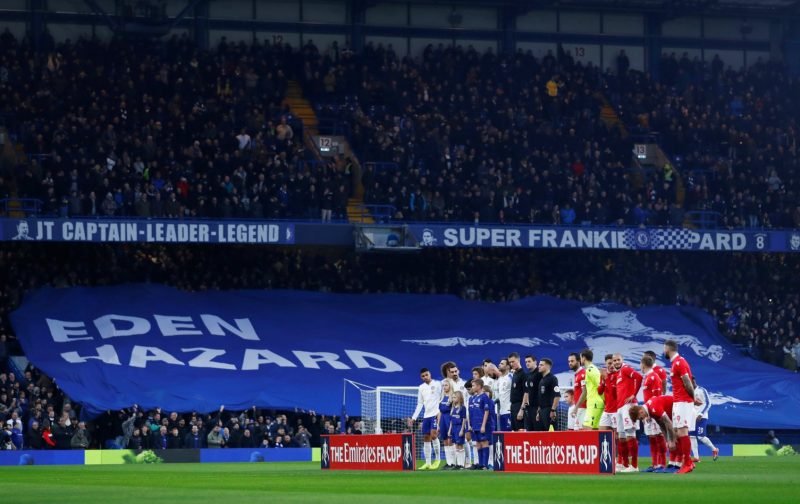 Ever since the first ‘Pride of London’ flag was paraded at Stamford Bridge, I’ve always felt that the unfurling of a banner, usually in the Matthew Harding End, is the cue to ramp up the noise.

But, on Sunday, ahead of the Liverpool fixture, the unfurling of a banner didn’t quite go as planned.

As the mass of blue material started to be unfurled, there were looks of bewilderment as the banner unfurled was that which honoured Eden Hazard who, as we all know, left our fine club to join Real Madrid in the summer transfer window.

So, what went so wrong you may ask!

Well, it appears it was simply a genuine error.

With a plethora of banners stored at Stamford Bridge, it was simply a case, according to The Evening Standard,
of the wrong banner being handed over to those responsible for the unfurling.

And, as you can imagine, once the banner started to unfurl and weave its way along the lower tier of the Matthew Harding Stand it wasn’t plausible to halt its progress.

So now we know!