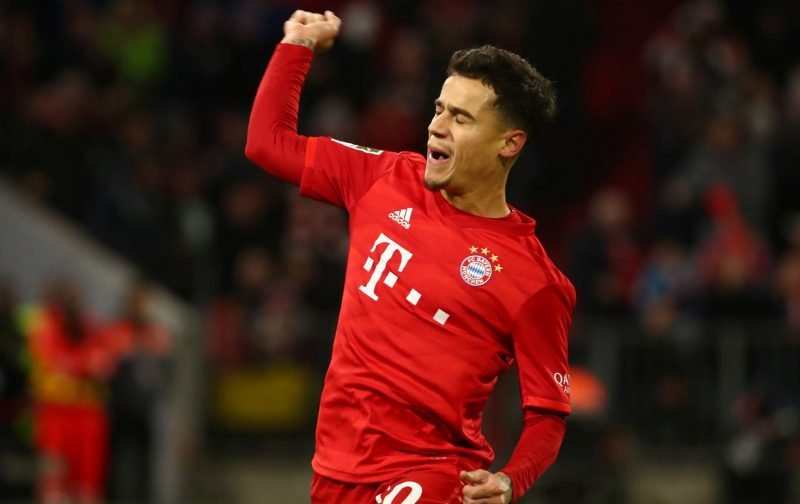 With football in limbo as we still await news of when the Premier League season will resume, all we can do, here at Vital Chelsea, is concentrate on the transfer speculation doing the rounds.

This week, speculation relating to Chelsea signing the Brazilian midfielder, Coutinho, has intensified.

The 27-year-old, who appears to be surplus to requirements at the Nou Camp, is a player Frank Lampard seems keen to bring to Stamford Bridge.

However, there have been questions asked as to whether Coutinho can get back to being the top player he was during his time at Liverpool as opposed to the shadow of his former self he’s been whilst at Barcelona and also while on loan at Bayern Munich this season.

But, according to The Sun, a fellow Brazilian, Rivaldo, believes that a move to Stamford Bridge could be just what Coutinho needs, with our referenced source carrying the following quote attributed to Rivaldo:

“Looking at Coutinho’s last few years we can say that he didn’t achieve what was expected of him, but he still has time to recover his best football and with his confidence back he could easily become the same player he was at Liverpool.”

Another ex-player who also believes Coutinho and Chelsea could be a match made in heaven is Glen Johnson, a player who played for Chelsea and also played alongside Coutinho at Liverpool.

Johnson, as reported by The Express, remarked on Talksport:

“I think it would be great for him and his family to be in London and Frank Lampard could be the man that puts his arm around him and makes him feel he is a key part of their plans, and I think he could force the best out of him.

“There is no doubt about it, the boy can play. He’s unbelievable.

“And if Chelsea get the chance to sign him, they should be signing him.”

Clearly, Coutinho comes highly recommended but with, as Sport Witness confirms, Liverpool are not interested in buying back somebody who starred in their shirt, is there a high risk the midfielder won’t reach the heights expected of him?

Please feel free to air your viewpoint on Coutinho becoming a Chelsea signing in the comment facility beneath this article.