Joy for One, Disappointment for Three as Spain Name Their World Cup Squad 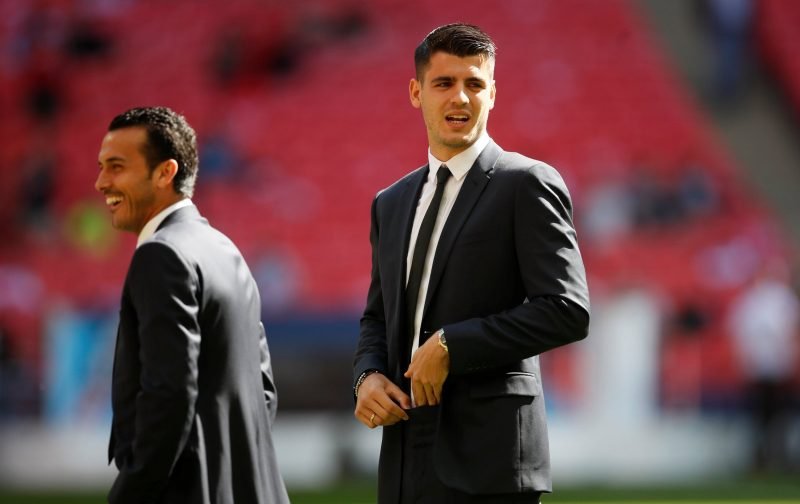 As the 2018 World Cup, in Russia, draws nearer, we’re at the stage whereby those countries that have qualified, name their 23-man squads for the tournament.

Today it was the turn of the Spanish coach, Julen Lopetegui to do just that.

However, just days after savouring the FA Cup Final win, against Manchester United, there was to be disappointment for three of the Spaniards in Chelsea’s first-team squad.

The trio of Alvaro Morata, Marcos Alonso and Cesc Fabregas were left out of the squad.

For the trio, it is heart-breaking news, even more so for Morata and Alonso both of whom thought their international careers were on the up.

Morata, by some strange quirk of fate, finds himself replaced in the squad by Diego Costa who he replaced at Chelsea, whereas Alonso, who enjoyed his first taste of international recently, will have the summer to sit back and ponder what might have been.

Morata, disappointed at not being selected, left a post on Twitter though, wishing his country every success in Russia.

But, whilst it was bad news for the previously mentioned trio, it was good news for the ever-reliable Cesar Azpilicueta who did make the squad.

Here at Vital Chelsea, we wish Cesar all the best on the journey of a lifetime.