Juventus Interest In Chelsea Defender Could Spark A Dilemma 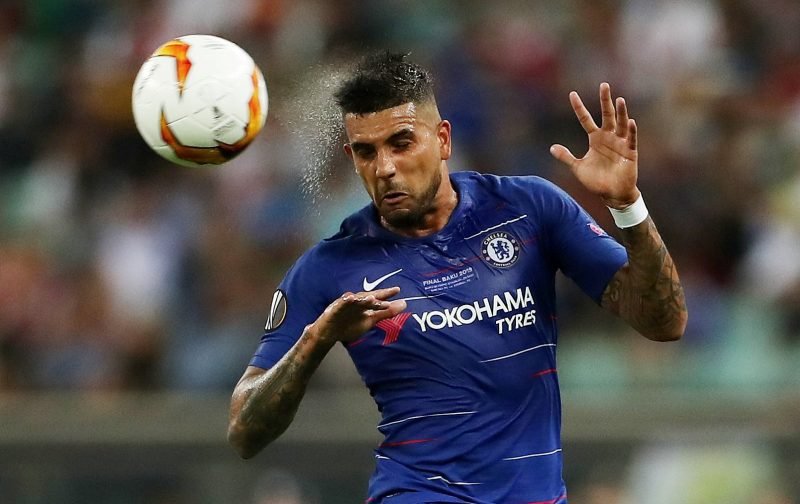 After joining Chelsea, our Italian left-back, Emerson Palmieri had to bide his time to become a regular in the first team.

The 25-year-old had to be patient and wait for the form of Marcos Alonso to drop before he was able to show the Chelsea management team, he was worthy of a starting place.

This season, things continued to look rosy for Emerson with Frank Lampard, seemingly, preferring him to Alonso.

But things can change so quickly in football and now Emerson faces a fight to get back into the side after the emergence of Reece James as the player to fill the right-back spot with Cesar Azpilicueta, the club captain, moving across to left-back.

Such uncertainty appears to have triggered a piece of transfer speculation.

With the January transfer window opening shortly, the Italian media vehicle, Calciomercato is reporting that the former Chelsea boss, Mauricio Sarri, is looking to take Emerson back to Serie A with a move to Juventus.

Now whether Chelsea would be willing to sell Emerson remains to be seen, but what would your decision be if you were in charge?

Would You Let Emerson Leave Chelsea And Join Juventus?