Lampard Clears Up The Confusion Relating To THAT Penalty 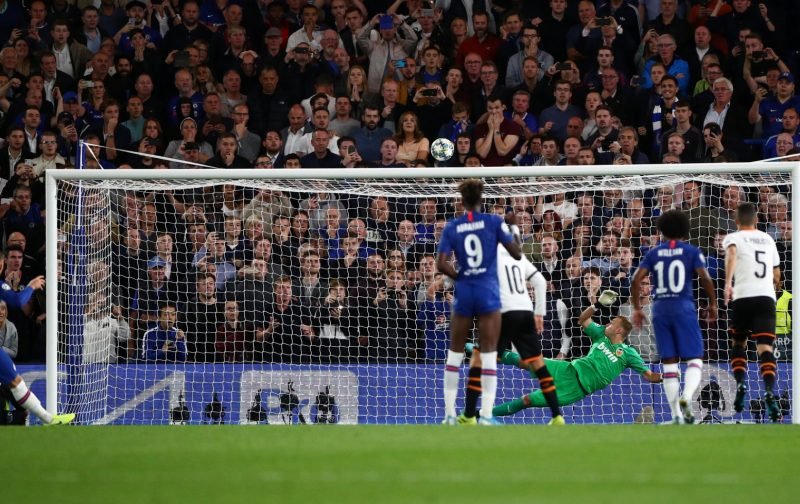 Trailing 1-0 to Valencia with time fast running out, it looked as if Chelsea had been given a lifeline when VAR decided that a handball incident, in the penalty area, was worthy of a spot-kick.

But what developed next left many a Chelsea supporter perplexed.

Personally, I was expecting Jorginho to claim the ball and slot it home in the same fashion he has done on previous occasions.

Instead we witnessed a gaggle of players, including Ross Barkley, Willian, Tammy Abraham and Jorginho all insisting that they take the spot-kick.

As it turned out it was, after a delay, Ross Barkley who strode forward and saw the spot-kick strike the crossbar and soar into the packed support behind the Matthew Harding Stand goal.

The groans that followed the miss, in what was a golden opportunity to rescue something from the ground, reverberated around the ground.

But the big question on everybody’s lips as they left the ground surrounded who was, on the night, actually Chelsea’s penalty taker.

After the game and speaking to the media, as reported by The BBC, Frank Lampard cleared the debate up when he remarked:

“Ross is a penalty taker.

“He scored a couple in pre-season and he was today when he came on and he missed it.

If that is the case will, if Chelsea get a penalty on Sunday against Liverpool, Barkley be the one to step forward (if he’s on the pitch) or should the responsibility be given to someone else?

Your views on the above subject matter would be greatly appreciated in our comments facility beneath this article.