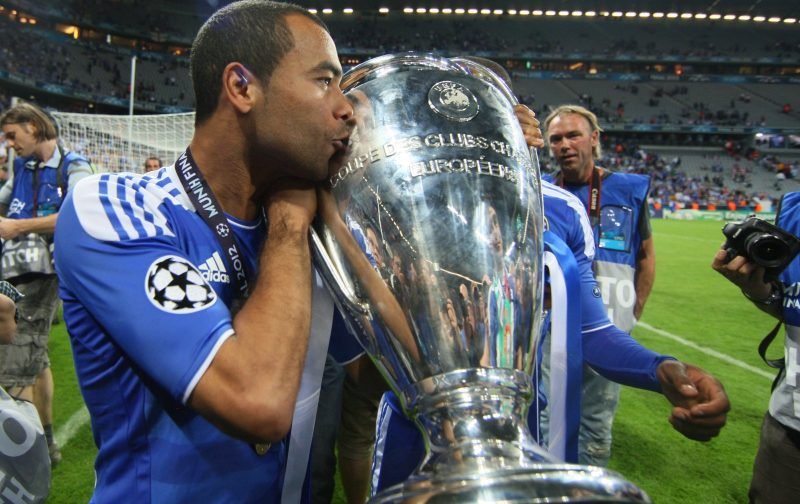 Yesterday, news broke that somebody we will always have a lot of time for at Chelsea, put pen-to-paper on a return to English football.

Up at Pride Park, Frank Lampard, in his first managerial role, is doing his best to guide Derby County out of the Championship and into the Premier League.

In order to boost his squad, Lampard has turned to a former Chelsea colleague, Ashley Cole.

Cole, a free agent after leaving the MLS side, LA Galaxy, has joined Derby on a deal until the end of the season.

At 38-years-of-age it is fair to say that Cole is no spring chicken and that this could well be his career swansong.

However, Lampard, as quoted by the BBC, has no doubts that the player who accumulated 107 caps for his country, can offer something to his squad, remarking:

“He’s a fantastic player, a quality left-back, and he also brings great experience to the dressing room.

“I know him very well from our time together at Chelsea, and with England, and I also know what he can bring to the group and the influence he will have.”

Not even the fact that Cole hasn’t played a game since October could dampen Frank’s enthusiasm for the signing with the Chelsea legend further adding:

“Ashley is in good shape, which doesn’t surprise me because he’s an excellent professional, and he will compete for a place in the side like every other player here.

“I’ve made my feelings known over the last couple of days just how highly I think of Ashley and I have no doubt whatsoever he will be a positive addition to our squad.”

Cole was, of course, a member of the Chelsea side that performed heroics in the Allianz Arena, in May 2012, playing his part in scoring in the penalty shoot-out with what many perceive to be the best spot-kick of the night.

It’ll be interesting to see how Ashley, at 38-years-of-age, adapts to life in the Championship after his sojourn in the MLS, here at Vital Chelsea, we’ll keep an eye open to see how the best left-back of his generation gets on.

It could be interesting.