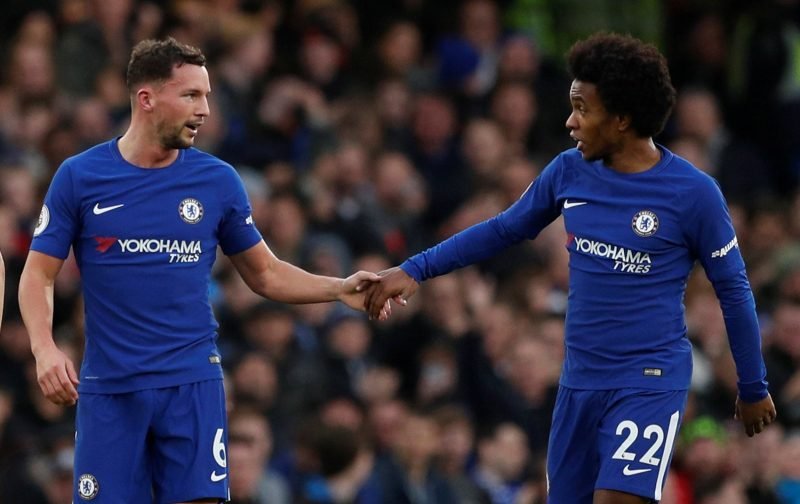 Down at the Cobham training facility, I’d imagine that one player is hugely relieved that there is now a new incumbent of the Stamford Bridge managerial hot-seat.

In fact, I reckon this one player is rubbing his hands in glee at the prospect of being, quite possibly, being able to kickstart his Chelsea career again.

Back in 2017, Chelsea paid Leicester City a transfer fee of £35 million to bring Danny Drinkwater to Stamford Bridge.

The idea being that Drinkwater would reunite with N’Golo Kante and become the same driving midfield force that saw Leicester City receive legendary status and win the Premier League.

Last season, under the tutorship of Maurizio Sarri, Drinkwater was conspicuous by his absence with his only appearance being in the Community Shield with Sarri clearly not rating the midfielder.

However, with his confidence quite probably drained, Drinkwater, according to The Express, has been given the perfect pick-me-up with Frank Lampard telling the player he will be given a chance to claim a place in the starting eleven with the club having numerous friendly fixtures arranged before that crucial first Premier League fixture of the 2019 / 2020 campaign, away to Manchester United.

Over to you Danny, your future is in your hands.