This afternoon Chelsea are back in Premier League action when they welcome West Ham United to Stamford Bridge.

The game, pitting West London against East London, is something of a rarity, a traditional 15:00 hours Saturday kick-off.

As well as the fixture being a classic London derby there’s always a little extra spice when the two teams meet with the legend that is Frank Lampard having started his career with the Hammers.

The gaffer will be looking to get back to winning ways, in the Premier League, after losing to Manchester City, last weekend.

As usual, we’re running our Match Day Moments feature where we encourage you to leave your opinion, in the comment facility beneath this article, on a variety of subjects including, but not limited to:

1 – The build-up to the big London derby.

3 – The action as it takes place at Stamford Bridge.

Here’s hoping that we’re all smiles this Saturday evening and celebrating another three points under the tenure of Frank Lampard. 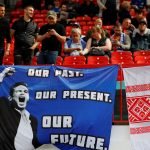 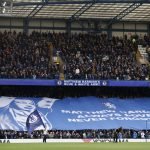