Newcastle v Chelsea – Atkinson Is In Charge – A Bad Omen? 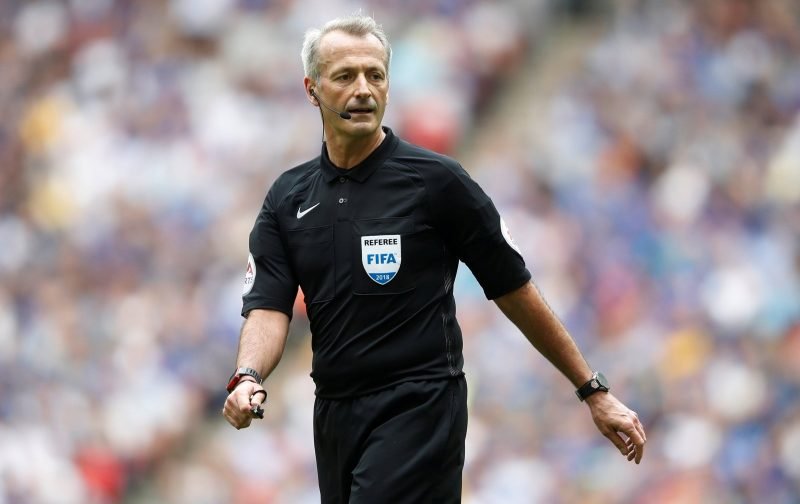 This Sunday, Chelsea complete their 2017 / 2018 Premier League season with a trip to Newcastle.

It’s a game Chelsea must win if they are to stand any chance of finishing in the top-four, even then we’re relying on Brighton to win at Liverpool, an unlikely scenario.

But, aside from the Champions League situation, the fixture, once again, sees Chelsea go head-to-head against somebody who once held the title of interim-manager, at Stamford Bridge, Rafael Benitez.

The Spaniard was never universally accepted by the Chelsea faithful despite leading the club to Europa League triumph over Benfica, a competition we’ll more than likely be competing in next season.

Ahead of the game, we are now able to bring you the names of those chosen to officiate this fixture:

This season, Martin Atkinson has taken charge of 32 fixtures and has issued 117 yellow cards and 5 red cards.

The 2017 / 2018 season has seen Atkinson take charge of the following games involving Chelsea:

By my reckoning, Atkinson has yet to preside over a Chelsea victory this season, let’s hope that changes this Sunday, up at St James Park.