Next Season Provides A Golden Opportunity For On-Loan Chelsea Striker 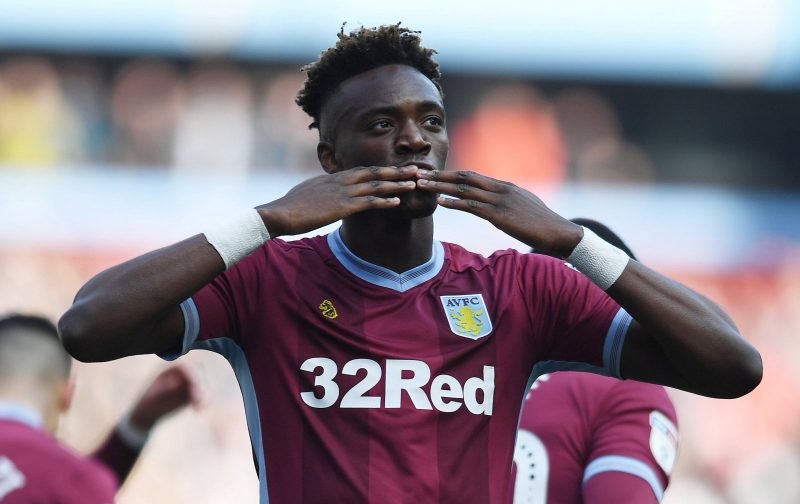 Down in the Championship, young Tammy Abraham is having another great season.

On loan at Aston Villa, the 21-year-old Chelsea striker has already hit 24 goals for the Midlands club as they seek to reach the Play-Off Finals, for a second consecutive season.

Tammy is no stranger to scoring big-time in the Championship having netted prolifically for Bristol City, during his time with the West Country club.

However, with his 22nd birthday approaching, the time must surely be coming whereby Chelsea have to make a decision on whether the England international has a long-term future at Stamford Bridge.

According to the news source, Football London, Aston Villa, as you’d expect, would like to keep Abraham next season, however, our referenced source is implying that they may be unsuccessful in their quest with the broadest of hints being given that Abraham will be part of Chelsea’s squad next season.

With the two-window transfer ban in place, this could be the ideal opportunity for Abraham to prove he is the real deal and could save us millions in the transfer market.

But do you believe Abraham is the real deal or is a Championship class striker?

Please feel free to drop your point of view into the comment facility beneath this article.

The Perfect Exit Route Opens Up For Disappointing Chelsea Midfielder