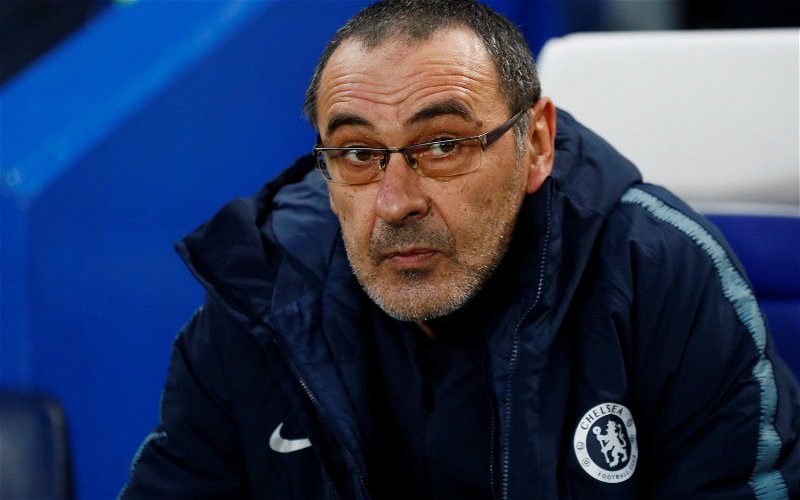 There are not many people who are lucky enough to have two spells in charge of Chelsea Football Club.

At the moment only the name of Jose Mourinho springs to mind, unless you take into account those who have filled the position in a caretaker role.

But, if the shock of Frank Lampard being axed, back in January, was not enough, things almost got even worse.

According to The Daily Star, before Thomas Tuchel signed on the dotted line, we almost saw the dramatic return of Maurizio Sarri.

Our quoted source implies that Marina Granovskaia wanted Sarri to return and that the Italian had agreed before Roman Abramovich put a stop to any deal.

Sarri, despite bringing silverware to Stamford Bridge, will never be acknowledged as one of the more popular Chelsea managers and I believe a return would have shocked the support to the core.

Please feel free to have your say on the subject matter above in the comment facility beneath this article.