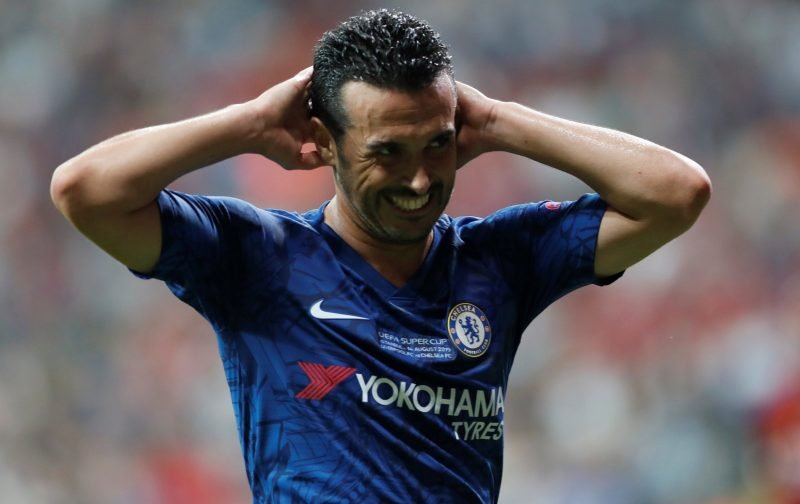 Earlier today, here at Vital Chelsea, we ran an article relating to the future of our Spanish midfielder, Pedro.

Our article – one-chelsea-player-admits-he-is-leaving-the-club-this-summer – reported on how the press had picked up on some remarks attributed to the player which inferred he was definitely leaving Chelsea this summer.

It appears now that is not necessarily the case and that the media source, we picked the information from, like so many other media sources, had been duped by an inaccurate translation of Pedro’s interview with a Spanish source.

Therefore, we are delighted to clarify the situation with Pedro revealing on the official Chelsea web site Click Here the true situation as it stands now, remarking:

“As many people know, my contract is up in May, but I still haven’t spoken to the club about whether or not it will be renewed and whether I’ll carry on.

“I’ve seen loads of messages from Chelsea fans saying goodbye and thanking me for the time I’ve spent here, which I appreciate, but I’d like to tell all the fans simply that my current contract is coming to an end but I still have to talk to the club.

“I don’t know whether I’ll keep playing here or not. That conversation is still to come. But I have not signed for any other club. I belong to Chelsea. I have a contract. My wish is to be able to stay here but obviously we don’t know what will happen. I have to speak to the club and let’s see what happens.”