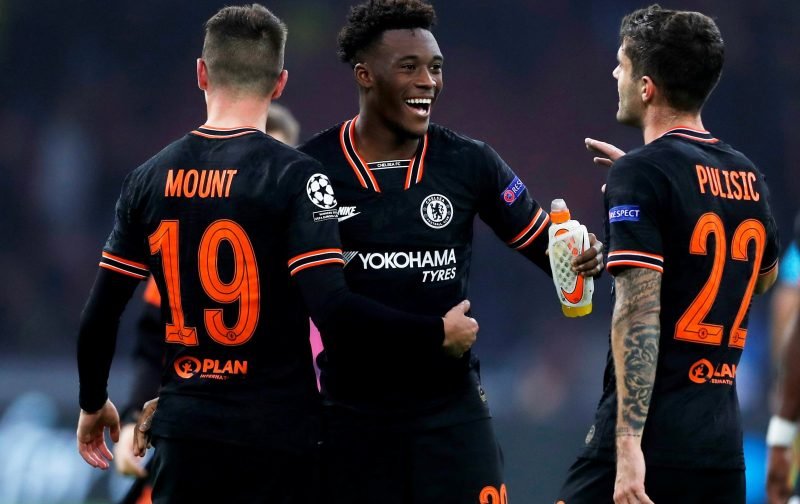 Since arriving at Stamford Bridge, it is fair to say the Chelsea support have been waiting to see exactly what our American signing, Christian Pulisic, can bring to the team.

The American international has struggled to make an impact and questions were starting to be asked as to whether he had the appetite for English football.

But, suddenly, things have started to click for the 21-year-old.

On Saturday, Pulisic provided the catalyst that saw Chelsea, finally, break down a stoic Newcastle defence.

Last night, as Chelsea sensed that Ajax were beatable in their own back yard, Frank Lampard decided to give Pulisic the chance to show what impact he could have and he did just that.

Driving forward Pulisic showed that the Ajax defence were fallible and one foray forward saw the American create enough space for a superb ball to be delivered into the six-yard area which saw another substitute, Michy Batshuayi, get the goal that gave Chelsea a wonderful victory.

Following the game, and as reported by The BBC, Frank had nothing but praise for the provider and the scorer of Chelsea’s winning goal, remarking:

“The subs were second to none.

“Sometimes the hardest thing is leaving someone out. But it’s great for the spirit of the squad when subs come on and have an impact like that.

“Christian’s assist is as important as the finish, and the fact the sub scored makes me so happy.”

Lampard now has a difficult decision to make, who, for the upcoming fixture against Burnley (a) this weekend, should he give the wide positions to?

Perm any two from the three of Hudson-Odoi, Willian and Pulisic it would seem.

But, who would you go for?

Please feel free to drop your choices into the comment facility beneath this article.