Reward Where Reward Is Due For Top-Notch Chelsea Defender 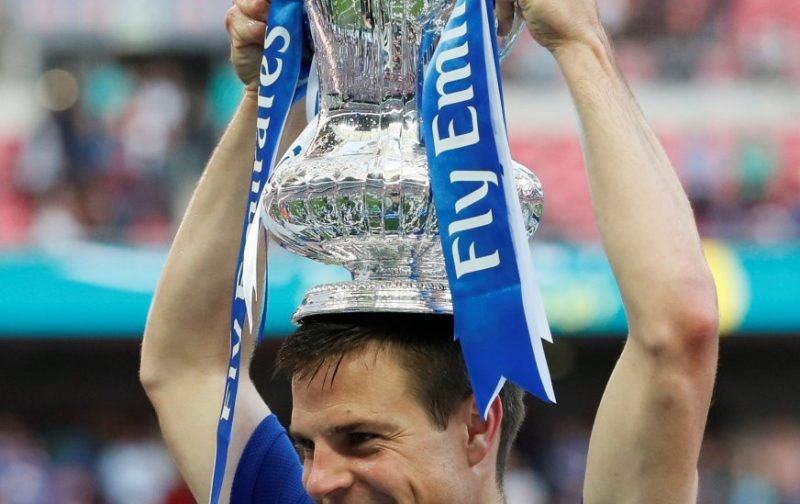 We’re at the time of the season where squads are revaluated, ahead of the opening of the January transfer window, with clubs looking to see if a suitable acquisition could be made.

But, similarly, we’re at the stage of the season whereby clubs look at their current squad to ascertain which of the squad needs to be tied to the club for a longer period, even more so if a current contract is approaching its expiry date.

In the last couple of weeks, we’ve already seen N’Golo Kante agree to a new long-term deal with Chelsea, with the French World Cup winner signing a new five-year.

Today, it is being reported that Chelsea have also agreed a new contract with another valuable member of the starting eleven with the news source Goal, reporting that Cesar ‘Dave’ Azpilicueta has agreed on terms on a new deal that will see his salary rise to £150,000 per week and tie him to Stamford Bridge until at least 2022.

It’s great news to start the day with Dave being one of the more dependable members of the squad and the 29-year-old can always be relied upon to do his job.

Employed in a back-three last season, under Maurizio Sarri the defender has reverted back to right-back whilst also wearing the captains’ armband. In times where versatile defenders are a rarity, Chelsea have acted smartly and quickly to ensure there is no fear of losing Dave once he approached the end of his current contract.