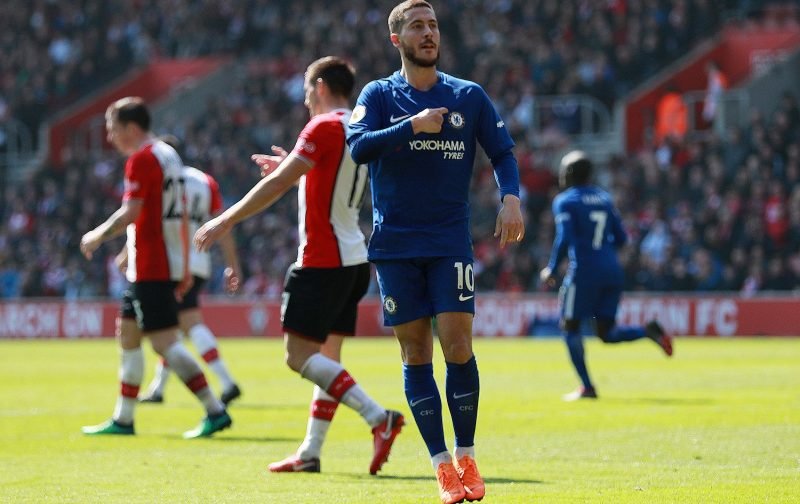 In the midst of the semi-finals of the 2018 World Cup taking place, the summer transfer market might just have finally got kick-started.

However, this perceived commencement may have ramifications for Chelsea.

Yesterday, Tuesday, the Serie A champions, Juventus, announced that they had concluded a deal that would see Cristiano Ronaldo leave Real Madrid to join them for a fee of £99 million.

In completing a deal the news source, the Mirror, reports that Ronaldo will earn the equivalent of £73,000 a day, however, Chelsea supporters are well aware that Real Madrid now have a space in their squad and the money to fill it.

To that effect, another news source, Football London, is reporting that our very own Eden Hazard is the bookmakers favourite to replace the Portuguese superstar at the Bernabeu.

Our source also goes on to mention that Hazard has indicated that he will leave Stamford Bridge unless the club shows ambition in the transfer market.

At the World Cup, 27-year-old Hazard has demonstrated that he is a world-class player, rumours linking Eden with a move to Real Madrid have been rife for months, which leads us to ask the all-important question:

Please feel free to offer your thoughts on the above subject matter in the comments facility beneath this article.