Sarri Stipulates One Condition Relating To Him Taking The Chelsea Role 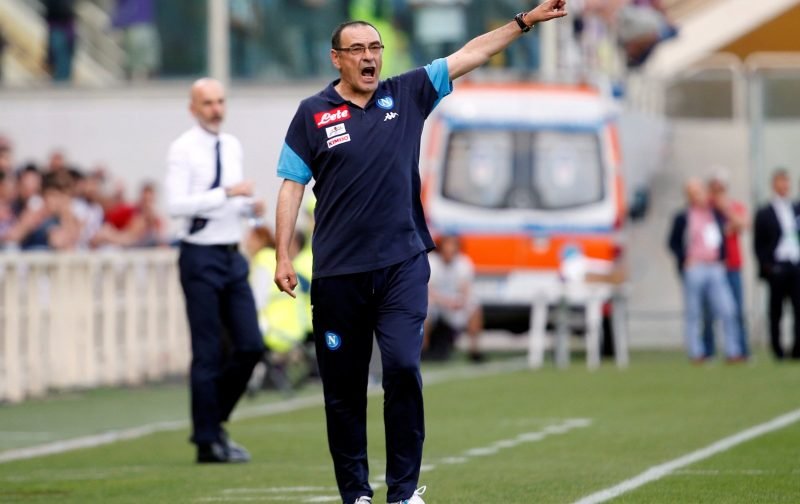 But things could be about to get complicated.

With those players not on international duty at the World Cup or on vacation after their tournament exertions, back at Cobham for pre-season training and being put through their paces by Antonio Conte, it still remains to be seen who will be in charge come the start of the season.

We’re all perfectly aware that media speculation continues to suggest that the former Napoli boss, Maurizio Sarri, is still being linked with the role, however one news vehicle has come up with an interesting scenario.

The good folk at the news source, Football London, are reporting that the Italian has stipulated, to Roman Abramovich, that he will only take on the role if the owner guarantees that both Eden Hazard and Willian remain at the club.

Clearly, Sarri has his own vision with regards to taking Chelsea forward and the aforementioned duo are obviously set for key roles.

But, with transfer speculation continuing to link Hazard and Willian,

it remains to be seen whether Sarri gets his wish.

Also, if either of the duo are sold, could Chelsea be left in limbo with regards to their managerial plans?

It’s a complicated path the club have been treading this summer and it doesn’t look as if it’s going to get any easier does it!

Personally, the longer the uncertainty goes on regarding who will occupy the managerial hot-seat this coming season goes on, the more I’m of the belief that Antonio Cont will remain in charge.

But, is it a view you concur with?