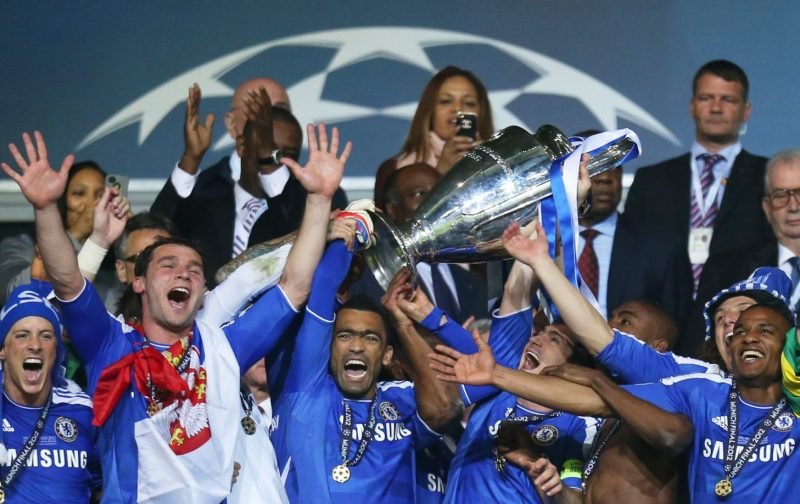 Seven years to the day after Roberto Di Matteo led Chelsea Football Club to their greatest triumph, here at Vital Chelsea, we thought we’d carry out a ‘Where Are They Now’ exercise on what the eighteen players representing Chelsea on that glorious night have gotten up to between then and now.

Petr Cech – the hero of the hour remained at Chelsea until June 2015 when his long service with the club saw Roman Abramovich give the Czech dispensation to join Arsenal. Petr announced the end of his playing career this season and a possible move, back to Stamford Bridge, as a coach is the subject of current speculation.

Jose Bosingwa – saw his career at Chelsea end in August 2012 and made the short trip across West London to join Queens Park Rangers, the Portuguese defender has now retired as a player.

David Luiz – left Chelsea in June 2014 and joined Paris Saint-Germain, returned to Stamford Bridge as a PSG player to score a powerful header that knocked his former club out of the Champions League. The Brazilian made a return to Chelsea in August 2016 and remains a first-team regular.

Gary Cahill – the centre-back has remained at Chelsea since that wonderful night but a lack of first-team opportunities, under Maurizio Sarri, is likely to result in a move away from the club this summer.

Ashley Cole – left Chelsea in July 2014 and joined Roma where he remained until January 2016 when he moved to the USA and joined LA Galaxy. This season Cole returned to the UK and joined Derby County on a short-term contract. Ashley is hoping to assist Frank Lampard in getting derby back into the Premier League via the forthcoming Championship Play-Off Final.

Jon Obi Mikel – left Chelsea in January 2017 opting to move to the Chinese Super League with Tianjin TEDA, Mikel returned to the UK in January 2019 signing a short-term deal with Middlesbrough, in the Championship.

Frank Lampard – left Chelsea as a free agent, after becoming the clubs all-time record goalscorer to sign for New York City but was, controversially loaned to Manchester City, retired in February 2017 and is now managing Derby County and hoping to lead the Championship side to a Play-Off Final win, against Aston Villa, at the end of the month.

Ryan Bertrand – left Chelsea in July 2014 to join Southampton and the surprise inclusion in the starting eleven that night has remained with the South Coast side.

Juan Mata – the popular Spaniard left Chelsea in January 2014 and joined Manchester United in what was then a record transfer fee for the north-west club, Mata is still on the books at Old Trafford.

Salomon Kalou – left Chelsea, on a free transfer in July 2012 joined Lille, in August 2014 Kalou moved to Hertha Berlin where he remains to this day.

Didier Drogba – the winning penalty kick turned out to be Drogba’s kick for Chelsea and the hero of that night joined the Chinese Super League side, Shanghai Shenhua, in June 2012. In January 2013 Drogba joined Galatasaray before making an emotional return to Chelsea in July 2014. A year later, in July 2015 he joined Montreal Impact before joining Phoenix Rising in Aril 2017. Drogba has now retired from playing.

Paulo Ferreira – the right-back remained at Stamford Bridge until he retired in May 2013, the popular Portuguese international is now part of the Chelsea backroom team.

Michael Essien – left Chelsea in August 2012 and moved to Real Madrid on loan before joining Milan in January 2014. June 2015 saw the midfielder move to Panathinaikos with further moves in March 2017 and March 2019 saw Michael join Persib Bandung and Sabail respectively.

Oriol Romeu – after a couple of loan spells, the Spanish midfielder joined Southampton in August 2015 and has remained with the club since then.

Florent Malouda – the French midfielder left Chelsea in July 2013 to join Trabzonspor, in August 2015 he returned to French football with Metz before making further moves to Delhi Dynamos in August 2015 and Differdange O3 in January 2018.

Fernando Torres – left Chelsea in August 2014 to join Milan and left Italy to join Atletico Madrid in 2014, his spell there ended in July 2018 when he joined Sagan Tosu.

Daniel Sturridge – joined Liverpool in January 2013 and is still at Anfield.

7 Years On And A Repeat Of That Dream Night Remains A Million Miles Away, But Why?