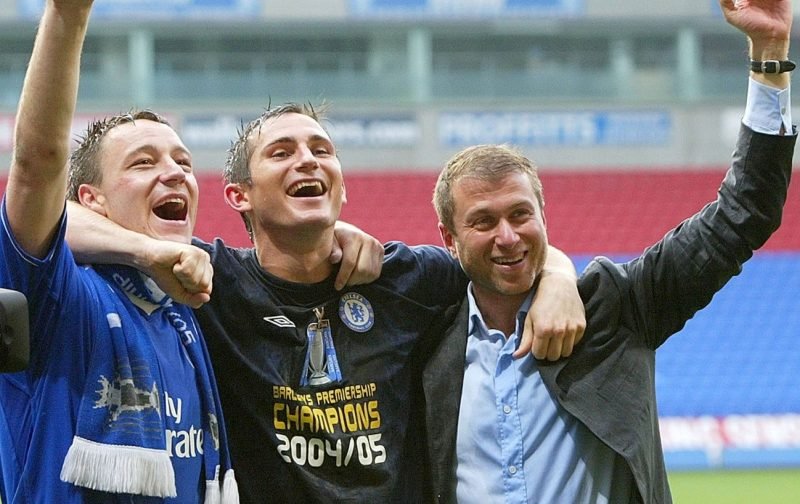 The rest, as they say, is history!

Back on this day, as reported by the BBC, Roman Abramovich brought Chelsea Football Club lock, stock and barrel.

The Russian, backed by a personal fortune we can only dream about, confirmed his love of football by taking on board a club that had so much potential but one that was struggling to handle the financial transgressions of the previous owners.

Back on 2 July 2003, we had no idea what glorious times we were heading for.

Backed by Abramovich, the name of Chelsea has become synonymous with trophies.

In a sixteen-year period we’ve accumulated sixteen trophies, a total I doubt any other English club, in that period, can match.

Among the highlights have to be winning the Champions League, for the very first time, in the Allianz Arena back in May 2012 and back in April 2005 winning our first top-flight title for fifty years.

It really has been a rollercoaster ride, a journey with far more ups and downs and with Stamford Bridge being graced by players who are the envy of many other clubs.

This summer, we stand on the cusp of a new era.

Handed a two-transfer window ban and with a new manager on board, the challenge to continue to grow the trophy haul is greater than ever.

But, if it were to all end tomorrow, what wonderful memories we’d all be left with.

Thank you, Roman, it has been sixteen glorious years’ and long may it continue.