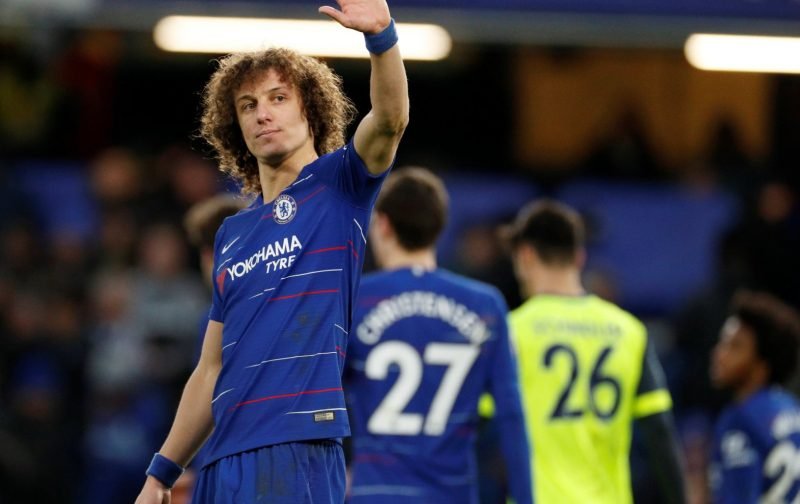 Yesterday, as Chelsea steamrollered Huddersfield Town, beating the Terriers 5-0, David Luiz played a part in the rout, helping keep a clean sheet whilst also, courtesy of a deflection, getting the fifth goal.

But, as much as I love the Brazilian, there are others who think he can, sometimes, be a liability, with his defensive lapses, on occasions, being costly.

However, there is no denying that he loves our fine football club, otherwise I’m pretty sure he’d never have signed for a second stint with us.

But there is also something else about the man who played his part in helping Chelsea win the ‘Holy Grail’ back in May 2012, in the Allianz Arena, he really is a nice chap, or as they say around my neck of the woods, a ‘Diamond Geezer’.

Whilst flicking through the various media sources available to us, I stumbled upon the following video clip that illustrates the above point perfectly.

It shows a side of David Luiz that would touch the heart of even the hardest man:

The gesture, as you’d expect, brought a marvellous response, via social media comments, from those who saw it, some of which are shown below:

Great gesture. You can doubt Luiz as a player, but not as a man. Top class stuff.

What a guy! Little things like this can change a kids life. What a good person. But we knew that haha

@DavidLuiz_4 is giving back what money can't give. And he's one such guy who values a lot of things higher than money, fame and luxury.

And it seems, club rivalry can also be put to one side when something like this is viewed:

Years ago, the late, great Bill Shankly uttered something about football not being a matter of life and death but it being far more important than that, something as you go through life you tend to disagree with, as the poster below also feels:

Well done Luiz- class. Some things are much more important than football.

David Luiz, a more than decent footballer and a world-class chap.