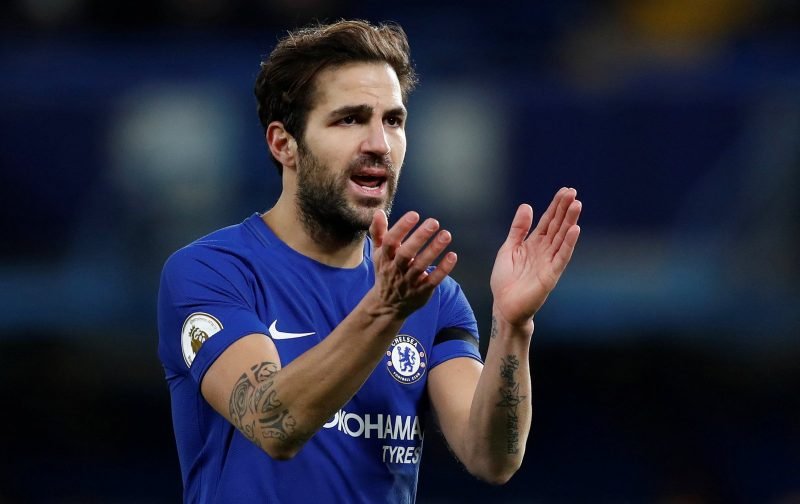 We could very well have seen the last of Cesc Fabregas in a Chelsea shirt.

Speculation has been growing in recent weeks that the 31-year-old Spaniard could be leaving the club once the January transfer window was open.

Now that is the case, the Daily Mail, is championing the suggestion that Fabregas could be set to extend his career in La Ligue.

Our referenced source is confident that Fabregas could be on his way to Monaco for a reunion with his former Arsenal colleague, Thierry Henry, who is now in charge of the principality side.

Personally, I reckon Fabregas will be a big loss, players who are able to spot that perfect pass to create a goal-scoring opportunity are a rarity.

But, would you begrudge somebody who has done so much for us a career swansong in such wonderful surroundings, even if the football can be a bit sterile?

Should He Stay Or Should He Go Now? A Question We’ve Looked At When it Comes To The Future Of A Chelsea Defender