Still, One Of The Best In The World Or Is He Just Over-Rated 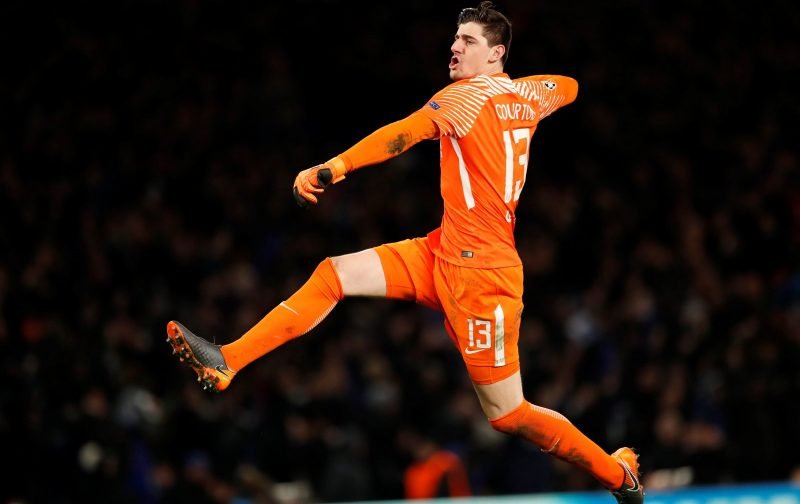 Earlier this week, after he left us in somewhat acrimonious circumstances, here at Vital Chelsea, we took great delight in reporting Click Here, how Thibaut Courtois had hit a sticky patch playing for Real Madrid and his poor form had resulted in the Belgian international being dropped by Zinedine Zidane in the Frenchman’s first game in his second spell at the club.

With the international break upon us, there has been no respite for Courtois with the goalkeeper making a howler for Belgium resulting in the opposition scoring.

But whilst our former keeper may be suffering a spell of bad form, his confidence, it would appear, hasn’t suffered.

Talking to the media source Goal, Courtois is still of the opinion he is one of the best goalkeepers in the world, despite the media doing their utmost to ruin his career, with the 26-year-old quoted as having remarked:

“I still consider myself one of the best, despite the Spanish press wanting to kill me.

“I feel very strong. I’m calm because I train well and play well.

“It was a small mistake, but that’s the life of a goalkeeper. Despite that, afterwards I stayed calm and played my game.”

Is that the case or has the keeper who succeeded the great Petr Cech at Chelsea shown he isn’t as good as many pundits perceived he was?

Lampard’s Time At Derby Could Be Coming To A Premature End, Opening Up A Move To Chelsea