Striker Set To Sign For Chelsea And On A Huge Salary 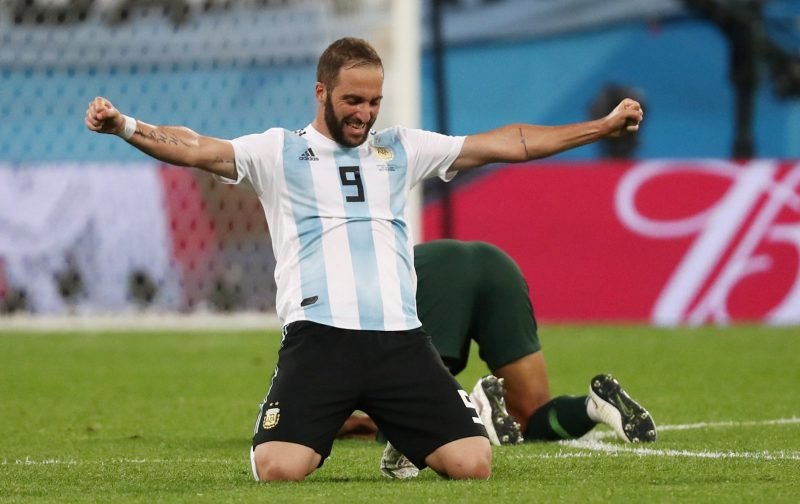 Sometime, in the next forty-eight hours, we expect Chelsea Football Club to announce the signing, albeit on loan, of the Argentine striker, Gonzalo Higuain.

To many, the 31-year-old is seen as the saviour of a season that, in the last couple of weeks, has started to unravel.

It’s unthinkable that we’ve reached the month of January playing without a striker the manager actually rates, with Alvaro Morata and Olivier Giroud clearly not impressing Maurizio Sarri.

With very few strikers currently available, Sarri is hoping that Higuain, who he knows very well from their time together, at Napoli, can be the player to get Chelsea back on track.

This, despite the fact his current club, Juventus, don’t have faith in him to perform for them and subsequently loaned the player out to AC Milan.

Higuain arrives with huge expectations, the supports faith in Sarri is wavering and the Argentine knows he can become an instant hero if he hits the net with regularity.

But his arrival comes at a huge price.

According to the tabloid publication, the Daily Star, Higuain will, once he signs on the dotted line for Chelsea, become not only one of the top earners at the club but also in the Premier League, with our referenced source quoting that Higuain will pocket a cool £270,000 a week.

No pressure on the veteran striker to perform then!

Hudson-Odoi Points Out Exactly Why It’s Goodbye To Chelsea