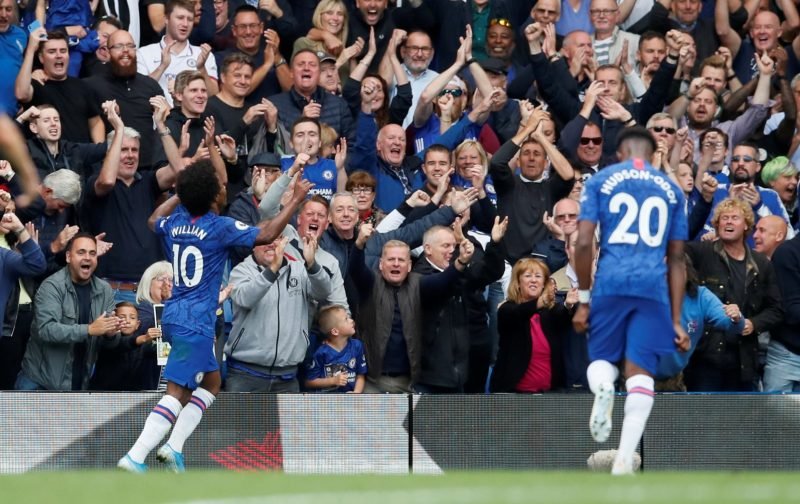 Over on mainland Europe, it’s interesting to see that one of the giants of European football, Barcelona, are not having things all their own way.

The Catalan side have had a poor start to their domestic season and currently, lie fourth in the La Liga table.

The pressure is on their boss, Ernesto Valverde, to turn things around.

Interestingly, according to the Spanish media source, mundodeportivo, Barcelona are looking towards Stamford Bridge to add to their squad with our 31-year-old Brazilian winger, Willian, in their sights.

The Spanish club are acutely aware that Willian’s contract expires at the end of the season and could secure the services of the player in January, either for a fee Chelsea might be grateful for mindful of the fact he could leave for nothing next summer or via a pre-contract agreement.

With Callum Hudson-Odoi and Christian Pulisic seen as the future of Chelsea’s wing-play it is a deal we perceive could go through.

Interestingly, the goal Willian scored against Brighton this weekend, a goal that gave Chelsea a 2-0 lead, was the first he had scored in 17 Premier League appearances for Chelsea.

Which leads us on to ask the all-important question, is now the time to contemplate selling Willian?

Here at Vital Chelsea, we’d appreciate your thoughts on the above subject matter in the comment facility beneath this article.