Surely Not Chelsea, Surely Not 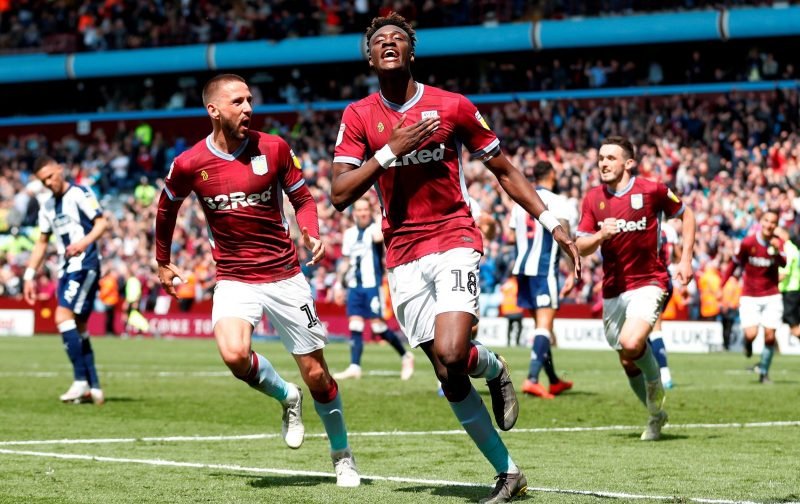 But if it happened would you be that surprised?

It’s hard not to watch on from a distance and admire the season that Tammy Abraham has had at Aston Villa.

After a disappointing season on-loan at Swansea City, a season where although he received his first international cap, the 21-year-old struggled to score goals in a poor side that ended up being relegated, Tammy has once again excelled in the Championship.

Our young striker has, at the last count, scored 26 goals, an impressive tally as the Midlands club surged to the forthcoming Championship Play-Off Final, at Wembley.

Naturally, having benefited from his goals, it is being reported by the red-top publication, the Sun, that Aston Villa want to make Tammy’s loan-spell a permanent deal.

It’s also pointed out that the Bundesliga side, RB Leipzig, are also looking at acquiring Tammy’s services as well.

With Chelsea having, unsuccessfully, tried to bring in a prolific goal-scorer to replace Didier Drogba, surely one youngster that deserves a chance to become that man, won’t be sold, will he?