Thanks Didier For So Many Wonderful Memories And Enjoy Your Retirement 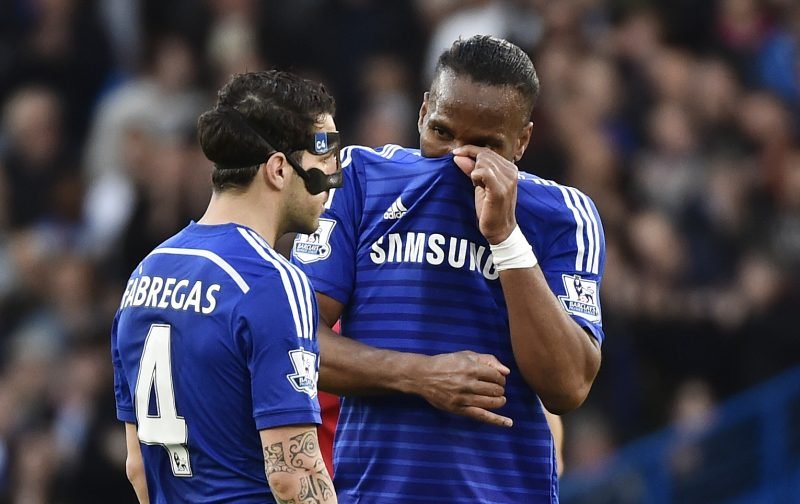 Recently, several of the legends that conspired to propel Chelsea to numerous pieces of silverware have announced their retirement from playing.

Frank Lampard and John Terry led the way and they’ve now been joined by the legend that is Didier Drogba.

Drogba’s name will reverberate around Stamford Bridge for many a year to come.

Have we ever had a player who you could almost guarantee would score a goal in every major final he played in, of course, culminating on that marvellous night, in Munich, back in May, when the Ivorian not only provided the late equaliser to force the game to penalties but also scored the winning spot-kick in what was an amazing penalty shoot-out that, eventually, gave Chelsea their first ever chance to lift the famous Champions League trophy high into the night air.

Chelsea owe so much to Didier Drogba and I doubt that we’ll ever see anybody of his ilk again, wearing our familiar blue shirt.

But, it wasn’t always sweetness and light for Didier, at Chelsea.

When he signed for Chelsea, from Marseille, back in 2004, for a reported fee of £24 million, the powerful striker struggled to settle at the club.

Believe it or not, Didier’s self-belief failed him and after his first season at the club had to be persuaded by Jose Mourinho that he did have what it takes to be the legend he did become.

I can remember, in that first season, a Drogba that was easily brushed aside, a Drogba that spent far too much time on the turf appealing for free-kicks and a Drogba who felt the wrath of the home support.

But, something must have clicked the following summer with Drogba emerging a different player, he’d turned into a colossus on the ball, his power had defenders bouncing off of him and the goals, of all varieties, flowed prolifically.

Now, I was going to start this article by asking you to recall your favourite Drogba moment but then realised I’d be awash with memories of that aforementioned May 2012 night at the Allianz Arena, therefore I’ve adjusted my approach slightly.

For the record, I’ve opted for the long-range strike, away to Everton, whereby Drogba crashed home a volley from some thirty-five yards out that totally bamboozled Tim Howard in the Everton goal.

The execution of the goal was magnificent and then the celebration, where Didier slid for a good twenty yards on his knees, just sent everyone in the away support, that day, crazy, one of a plethora of magical Drogba moments.

Enjoy your retirement Didier and if you are ever in my neck of the woods, you are welcome to pop round to my humble abode for tea.