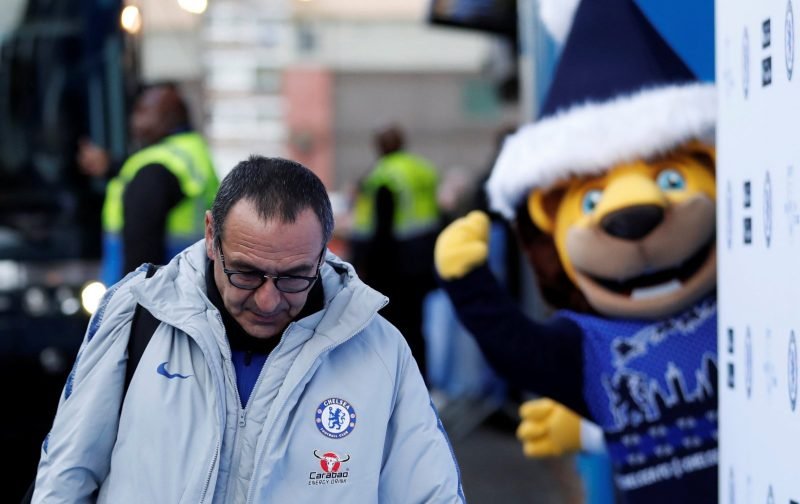 Defeats, no matter who it is against, invariably hurt.

Nobody likes making the trek into work, the following morning, on the back of a defeat.

But, sometimes, it is the manner of the defeat that leaves the bitterest of tastes in the mouth.

Against Arsenal, on Saturday, Chelsea were poor, very poor, perhaps the poorest they’ve been all season.

After the game, Sarri had some strong words to say, citing his disappointment as to how his players had played.

Naturally, the social media networks have been very active with Chelsea supporters having their say on the latest debacle.

They make for very interesting reading.

In fact, it would appear that Sarri is testing their patience, as the following posts illustrate:

who needs his thoughts, we need performance!!

Mr Sarri must not be rigid he should try other formations, Sarri is at the centre of our problems

Perhaps the biggest bone of contention relates to the Italian’s insistence in playing two of the best players in the Premier League out of position, a point picked up on by numerous posts with the following being typical examples:

I do believe he will be sacked,,, the way he play both hazard and Kante can cost him,, play Giroud instead of using him ( hazard) at false no. 9

What Sarri is doing is wasting our players and talents,how can hazard play force Nine and place Kante to his Centre back position and do away with Jorgihno to play position 8,otherwise we shall finish top eight

If it’s “technical” not to play a centre forward and to field three defensive midfielders who rarely score, Sarri is putting the blame in the wrong place. Players are bound to lose motivation when asked to play like this.

Yeah, play Kante and Hazard out of their best possition is also unacceptable.

But, with the acquisition of an ageing striker looming large on the horizon, would we be better putting our faith in somebody who is already hitting the net prolifically?

Tammy Abraham for Villa – 17 of their 51 goals this season – one third. Lunacy he is there and not at Chelsea

Perhaps, but then again Chelsea do have a penchant for not persisting with youngsters.

But, if anyone feels that Sarri isn’t really the man for the job, then this last point illustrates the point perfectly:

Napoli president already told us not to listen to Sarri. They gave him everything, he still flopped. What has Jorginho lifted in the last 5 years, that the team is built around him and his flops? Nonsense! Sarri better change or be changed

Worrying times ahead methinks, but is it time for a managerial change?

A straight YES or NO in our comment facility will suffice.

Striker Set To Sign For Chelsea And On A Huge Salary