The FA Backing Oliver To Referee The Cup Final 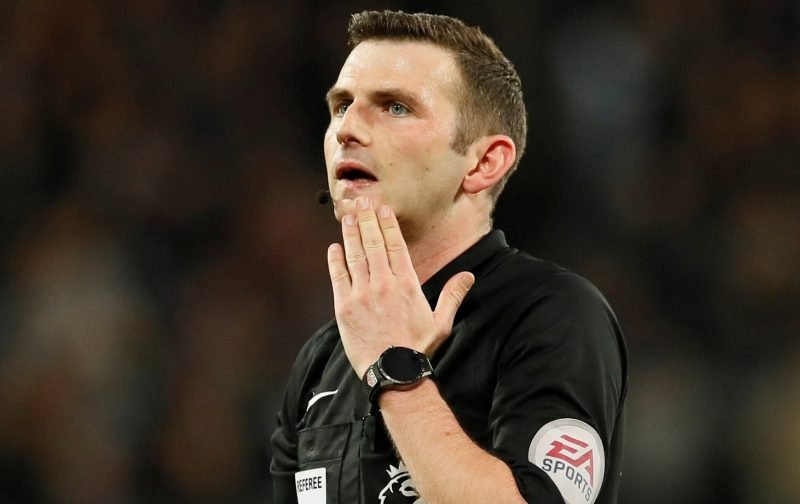 The FA have announced that Michael Oliver will officiate at their showpiece final on May 19th. The 33-year-old will take charge of the game between Chelsea and Manchester United.

Following the Real Madrid versus Juventus quarter-final tie, Oliver’s decision to send off Gianluigi Buffon drew outrage from the player and abuse from social media trolls. Even the ref’s wife was abused. It was an extremely harsh reaction to what looked like the right decision.

Back home the referee has received sympathetic messages from the public and pundits alike. That must be freaking him out more than Buffon fronting up to him so aggressively on a football field.

“It was a weird few days. But it was nice that so many people, both within the game and outside the game, were keen to offer their support. It was quite humbling actually and it meant a lot.”

“I had people coming up to me in the street and people from inside the game were sending me messages of support. It’s a nice thing to know I’ve got that backing.”

The FA are clearly showing unity with one of the games best referees. Let’s face it, anyone who is brave enough to put themselves in such a position deserves our respect and support. Of course, once a game gets going, it’s sometimes difficult to control the odd emotional outburst. Olivier was, of course, delighted to get the call.

“I was very proud and humbled to receive the call,” he said.

“When you start out, taking charge of the Cup Final is not something you even think about. As your career progresses it becomes a realistic target but it’s not a call you ever expect to take.”

“This opportunity only comes around once in a referee’s career.”

“It’s funny how things work out because the 1994 Final between Manchester United and Chelsea is the first one I remember watching. And now here I am taking charge of those two teams in an FA Cup Final 24 years later.”

Thanks for reminding us of that final, a 4-0 defeat and an afternoon I’d sooner forget. The final this year kicks-off at 17:15. The late start will enable the FA’s president, Prince William, to nip over from Windsor, having attended his brother Harry’s marriage to Megan Markle. That kicks-off at 12pm.