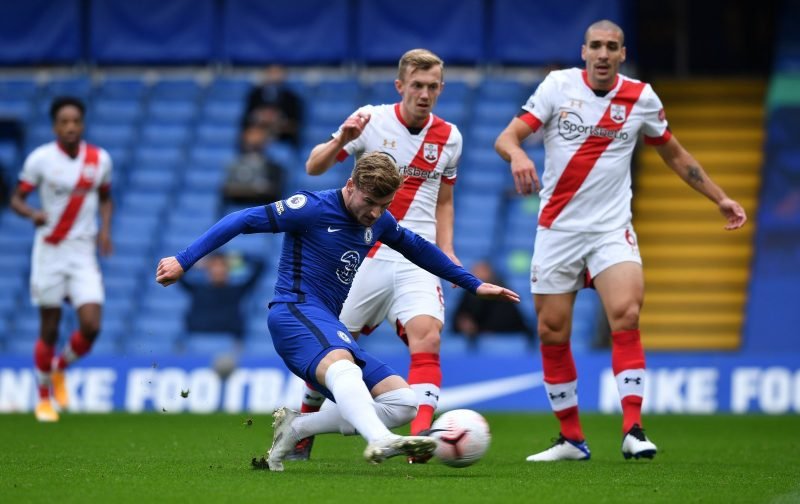 If we are looking for positive points from the disappointing 3-3 draw with Southampton, look no further than Timo Werner.

Our German striker went into the fixture looking for his first Premier League goal in a Chelsea shirt.

Werner got off the mark in spectacular style, scoring a brace of goals that would have graced any game.

Two such goals should have seen Chelsea emerge the winners of the game, but they did not.

After the game, Timo, interviewed by The BBC and had this to say about the game:

“The first half we played very well. When you get a goal two or three minutes before half-time it is not easy. You have to think with a clear head. Southampton make a lot of pressure on us and pressed us high. We gave them too much in terms of opportunities. We have to win the game.

“I don’t know if we have a problem but the last three games we concede six goals and it is not where we want to be, to compete for titles. In Germany, we always say defence wins titles. If we concede so many it is hard to win games and win titles.”

Some wise words from our young German striker but perhaps the most succinct sentence is the last one.

Timo is perfectly right, unless we sort out those continuing defensive frailties, there will be no silverware parade this season.