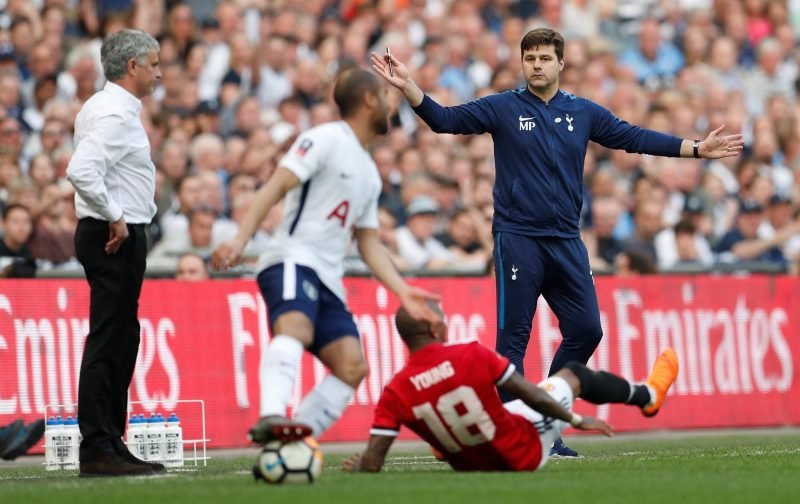 I’m not one for harbouring any hatred towards the north Londoners, it’s just football. But this widely held media led belief that Tottenham are some stylish, rampaging super team does wear a bit thin.

Yesterday, Spurs were beaten by a pragmatic Manchester United in the FA Cup semi-final, not the first team to be overcome by a stubborn Jose Mourinho side. It was their eighth consecutive semi-final defeat. Chelsea could themselves, lose to Southampton this afternoon. It really just is football, it’s just banter.

Salah scores again and you lose the semi-final but cheer up Harry that beards coming along. #Spursy

Losing a semi final in your own "Home"

Best ever team, best ever manager, won nothing again#Spursy

And it wasn’t just about football,

This evening I dressed up real nice, drove into town in the sun, parked up and strolled leisurely to the restaurant. It was full and now I’m hungry at home #Spursy

Spursy has already found a place in the urban dictionary.

To consistently and inevitably fail to live up to expectations. To bottle it.

With every passing year Spurs and their pitiful fans become more and more Spursy.

I could go on and on. Let’s hope Chelsea make it to the final this afternoon. Certainly their Wembley record is better than Tottenham’s. I don’t want to see #ChelskiFail trending this afternoon.

Next: Petr Cech Will Always Be Loved At Stamford Bridge