Since taking over the managerial reins, at Stamford Bridge, Frank Lampard has yet to decide who his first choice left-back should be.

Lampard has tried Emerson and Alonso in that position when he has fielded a flat-back four but neither has done sufficiently well to guarantee their selection permanently.

Indeed, it wouldn’t surprise us if both Emerson and Alonso were sold in the summer.

But, with the spot in the starting eleven up for grabs, transfer speculation has been forthcoming that suggests, courtesy of The Daily Star that Chelsea have two targets on their radar.

The first of these is the 23-year-old Leicester City defender, Ben Chilwell whilst the second if the 27-year-old Porto defender Alex Telles.

Both would, in our opinion, be fine acquisitions but, on the other hand, Chelsea could have to do some hard negotiating to entice either to Stamford Bridge.

My view is that I’d prefer Chilwell in our side next season, but does that concur with your view:

Given The Choice Would You Prefer Chelsea's Left-Back Next Season To Be? 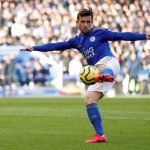 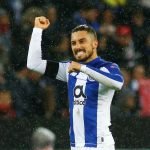 Please feel free to have your say on anything relating to the above subject matter in the comment facility beneath this article.