Chelsea travelled to Old Trafford eager to get back to winning ways after losing in Seville to Real Betis during the week. Manchester United were in a similar situation having lost their last two games, against Middlesbrough in the Premiership and Lille in the Champions League. In a frenetic atmosphere, it was unfortunately Manchester United who took all three points thereby ending Chelsea’s forty game unbeaten run in the Premiership. However, Mourinho, after lambasting his team after the poor performance in Seville, was full of praise after Chelsea had United on the back foot for most of the second half.

The game was settled in the thirty first minute when Darren Fletcher looped a header over both Petr Cech and John Terry into the far, top corner of the net. Initially, Chelsea had struggled to get going in the first half with United winning a string of early corners. Thankfully, the defence held firm and only a long range Paul Scholes shot looked like giving any concern. On this occassion Chelsea were happy to see the ball whistle past the upright.

Despite having less of the possession Chelsea did manage to carve out a decent chance relatively early on. A marvellous ball from Frank Lampard saw Didier Drogba try to lob the keeper. Sadly, being one of the tallest in the Premiership, Van der Saar wasn’t to be beaten. In midfield United were proving to be very competitive with Alan Smith putting himself about. One exchange saw Smith and John Terry square up to each other before Graham Poll sensibly defused the situation. The teams left the pitch at half time with United deservedly leading 1-0.

Neither manager chose to make any changes for the second half as United started at a gallop. Chelsea were having trouble coping and after ten minutes Mourinho decided to introduce Eidur Gudjohnsen in place of Michael Essien. The change galvanised Chelsea.

From being on the back foot Chelsea were now dictating the action and desperately seeking that breakthrough their approach play deserved. The best chance probbaly fell to Asier Del Horno who burst into the box unannounced but somehow contrived to hook his effort narrowly over the bar.

United offered little up front but as the tempo of the game increased did manage to carve out one excellent chance. Fletcher, wide right, found Van Nistelrooy but the Dutch striker blazed handsomely over. Mourinho made further changes introducing Wright-Phillips in place of Joe Cole and Carlton Cole in place of Asier Del Horno. However, despite all the neat passing that one clear cut chance they craved couldn’t be created.

Lampard, Gudjohnsen and Drogba all threatened but rarely looked like getting that vital touch that would have evened the game up. Indeed, in a game that lacked any serious foul play the referee, Graham Poll, booked a total of seven players, four from Chelsea, three from United. The most significant of these being Didier Drogba who picked up his fifth booking of the season meaning he’ll not be able to play in the next match against Newcastle. With a blank weekend next Saturday, Mourinho will be only too aware that the majority of his squad will be away from Cobham this week giving him the additional problem of not being able to work with his full squad to ensure two successive defeats does not become three or the much anticipated blip.

As for the rest of the country, I wonder how many will call in to work in the morning claiming that much vaunted ‘Public Holiday’ Mourinho predicted would be awarded when Chelsea lost in the Premiership?

Petr Cech
Couldn’t be faulted for the goal. Spent much of the game acting as a sweeper as United sat back content to allow Chelsea to push forward.

Paulo Ferreira
Coped well with the threat of Ronaldo and never looked as if he was going to be beaten. Got forward on occasion but never looked decisive when crossing the ball. Booked in the second half for pulling back Wayne Rooney when the striker looked to be getting away from him.

Asier Del Horno
Always in the game until he was substituted. Will look back at that golden chance when his shot just cleared the bar and ponder ‘what if’. Had a decent chance in the first half and on reflection was probably unlucky to be taken off as Mourinho reverted to a back three.

Claude Makelele
Did his normal job defending the area in front of the back four. Won the ball on numerous occassions and did the simple things well. Had one effort on goal but we were not surprised it lacked direction. Booked by Graham Poll for probably being a bit of a busy body and committing one foul too many.

John Terry
Once again a collossus. Played like a captain and even spent the last few minutes up field trying to force an equaliser. No doubt John will be raising the moral of the dressing room with a good chat after the game. Will recognise that Chelsea didn’t deserve to lose.

William Gallas
Restored to central defence and had a blinder. Used his pace to thwart Ronaldo, Rooney and anyone else who thought they could thread the ball past him and run onto it. Harshly booked as Poll looked like losing control.

Joe Cole
Had a frustrating afternoon and received little protection from Graham Poll as he constantly found himself up-ended. Taken off to allow Wright-Phillips the chance to rescue something but showed some fantastic moments of skill beforehand.

Frank Lampard
Closing in on David James record number of consecutive Premiership appearances. Didn’t enjoy the luck he’d experienced in recent weeks as his free kicks often rebounded off of the defensive wall. To his credit never gave up and on other days will play in a side that will win despite not playing as good as they did today.

Michael Essien
Taken off for the first time in a Chelsea shirt and appears to have lost that little bit of sparkle shown in his early games this season. Nevertheless, showed some neat touches and also the power for which he is becoming renowned for. Burst into the box on a couple of occassions but didn’t get the run of the ball to produce an end product.

Didier Drogba
Had an early chance but his lob didn’t clear the keeper. Troubled United with his power but once again showed that some aspects of his game need improving, most notably his first touch. Picked up a stupid booking for back-chat after a free kick had been awarded in his favour.

Damien Duff
Will be thankful to have gotten a full ninety minutes under his belt. Produced some neat work and wasn’t adverse to coming back and helping out his defence when the need required. Will look back at one golden chance when he completely missed a cross and wonder ‘if only’

Eidur Gudjohnsen
Came on with just over thirty minutes to go and turned things around for Chelsea. His neat ball control had the United defenders backing off and his approach work was often the best part of the play.

Shaun Wright-Phillips
Never really had a chance to turn matters around. Unleashed one long range shot that Van der Saar easily dealt with. Seems to be lacking in confidence.

Newcastle
Came on to assist in trying to grab an equaliser yet produced his best work when he flicked a dangerous United corner to safety in the dying minutes. With Crespo seemingly out of favour, his time could yet come.

Manager Rating
Gracious in defeat and acknowledged that the game could have gone either way. Made some bold substitutions that could, on another day, have paid off. Not concerned about the forty game record, he just wants to ensure Chelsea maintain their lead at the top of the Premiership.

Opponent Rating
Got his players to work their socks off and will no doubt use this (lucky) win to talk up his sides chances of catching Chelsea.

A Better Performance
Despite going down to the odd goal, it was good to see Chelsea back to their old ways pushing back a United side that has ideas about taking our crown.

William Gallas
Should be John Terry’s partner week in and week out. His pace nullifies the threat of the opposition.

Newcastle
Beware of a blue backlash, we will not go three games without a win! 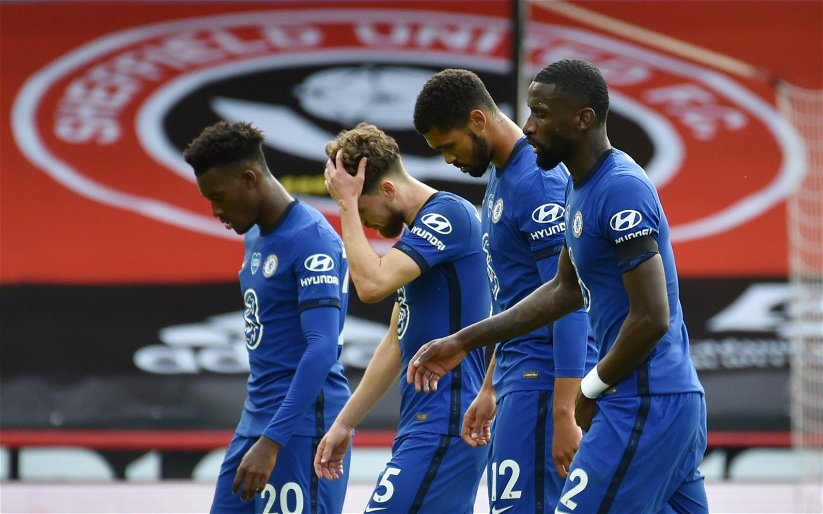 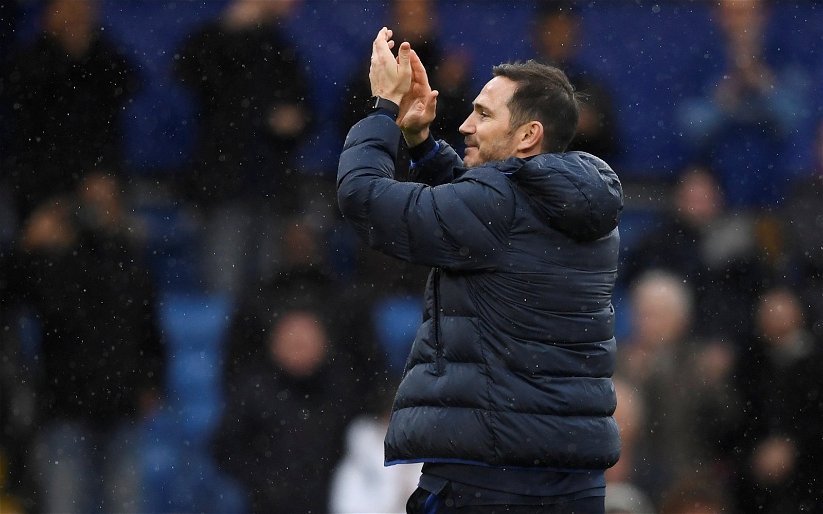 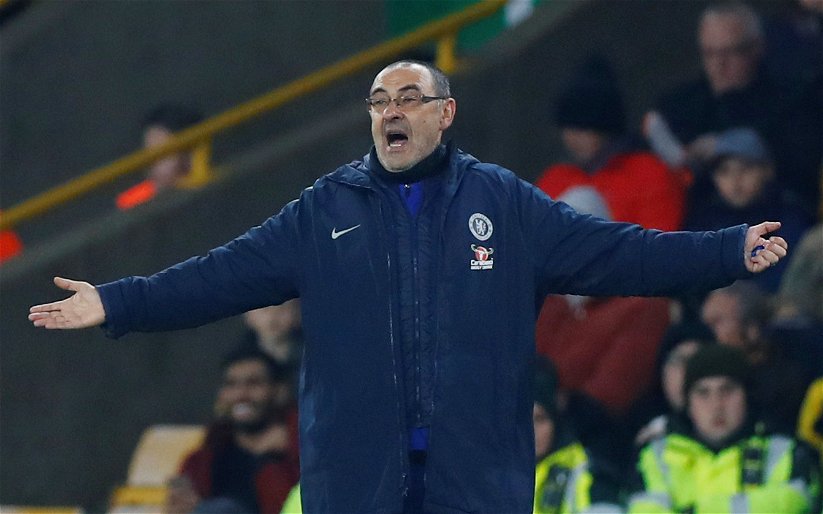