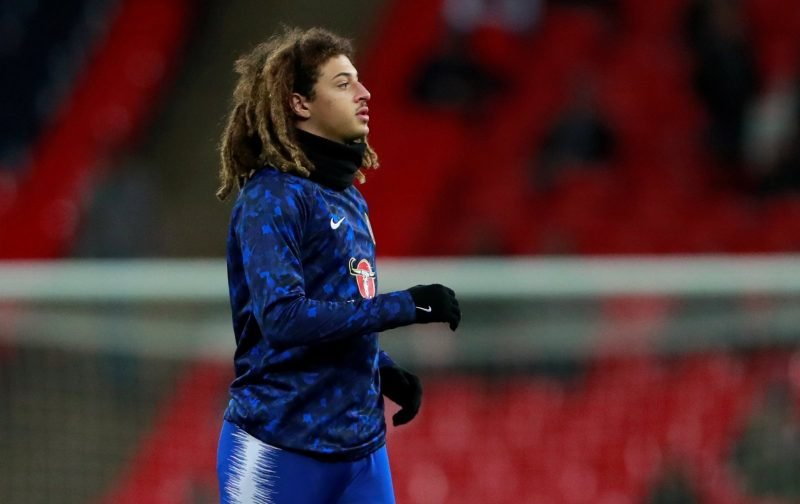 As we, ahead of the new season, contemplate which of the players who were on loan last season might make that breakthrough into the Chelsea first team, it appears that somebody who wasn’t on loan last season is set for a season away from Stamford Bridge.

The player in question is our 18-year-old centre-back Ethan Ampadu.

Last season Ampadu made just 5 appearances, for Chelsea, whilst Maurizio Sarri was in charge and, according to The BBC, our new gaffer, Frank Lampard, has decided that the Welsh international’s long-term development would be better served, in the short-term, by a loan spell.

Perhaps the biggest inkling that a loan spell is on the cards is the fact that Ampadu is not part of the 24-man squad that is currently on a pre-season tour of Japan.

As for a possible destination, Aston Villa are a club that is being mentioned.

Although, if Villa Park is to be Ampadu’s home for a season, Chelsea will have to insist that the Welshman is given the opportunity to play first-team football on a far more regular basis than he would do at Chelsea this season.

On paper, this proposed loan move looks to be a decent one with if Aston Villa is the intended destination, Ampadu being given the chance to improve his defensive skills under the tutorship of a certain John Terry.

Here at Vital Chelsea, we’ll keep you abreast of any development regarding the above subject matter.