What Does Jorginho Do That David Luiz Can’t? 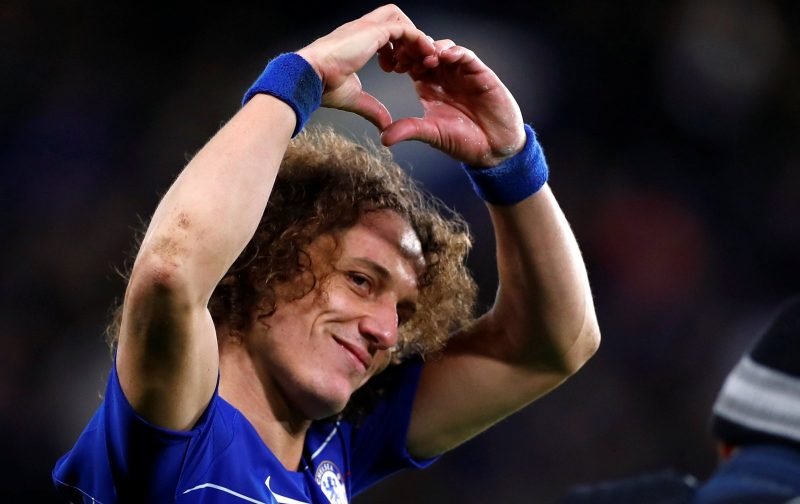 I watch every game from the stands and it is obvious that the Jorginho role has been sussed out by the opposition.

Just as Conte would not recognise that most of the goals against us were coming from our left-hand side, it seems that Sarri is turning a blind eye to that situation too.

It might be worth a statistical analysis of goals conceded through our weaker left-hand side but it really is not needed. And it is notable that Deli Alli scores against us regularly because he hangs back behind Azpiliqueta until Ericson crosses the ball and Alli takes a run from behind Azpliqueta and beats him to the ball.

Tottenham were the team to stop our unbeaten record under Conte in our league winning season and this year again they beat us a couple of weeks ago using Alli to simply step on Jorginho.

If you recall, Son beating Jorginho, Mata beating Luiz to the ball to set up a goal against us or the Wolves goal or Jamie Vardy’s goal, all stem from a break on our left-hand side.

Alonso is targeted by the opposition because he is the slower defender, is always out of position, nearly always misses the tackle and never prevents a cross coming in. It’s not his fault but he is the weakest link.

We then have Hazard in front of Alonso and he is expected to do most of the creative work. However, if on occasions he loses the ball, there is Kovacic, Jorginho and Alonso (assuming they are in their defensive phase positions) to prevent the counter-attack. Hardly the most fearsome looking defence is it? Ballack, Essien and Cole where are you?

I have suggested that Azpiliqueta be moved to the left back position (he’s a better defender at left back) or play Emerson. If Emerson is chosen and Azpiliqueta stays in his right back position (hopefully Reece James will take over from him soon) then Ampadu can play central right close to Azpi. I have also suggested that Rudigar plays central left alongside Emerson as they used to play together at Roma.

And this rationale leads me to my main question.

Jorginho’s role has been worked out and so Luiz has become more and more influential in the distribution of the ball. Whilst I accept that Jorginho knows Sarri’s system better, I do not believe that Jorginho is more technical than Luiz and the latter definitely has a greater passing range. Oh, and he can defend better too so a better option to defend against counter attacks.

So why not play Luiz in the “Registra” role with Kante to his left looking after the left side of the pitch instead of Kovacic. Then Barkley could switch to the right of Luiz. Barkley is more likely to take a shot at goal.

I would play RLC up front simply because he is bigger, stronger and faster than both Morata and Giroud. I would have Hazard on the left of RLC doing whatever he wants.

And to court even more controversy, I would have Hudson-Odoi on the right to use the exuberance of youth. He’ll make some mistakes but who cares? The boy is going to be a star.

I hope that I have made some valid points and opened up a valid debate. I have no objections to constructive criticisms.