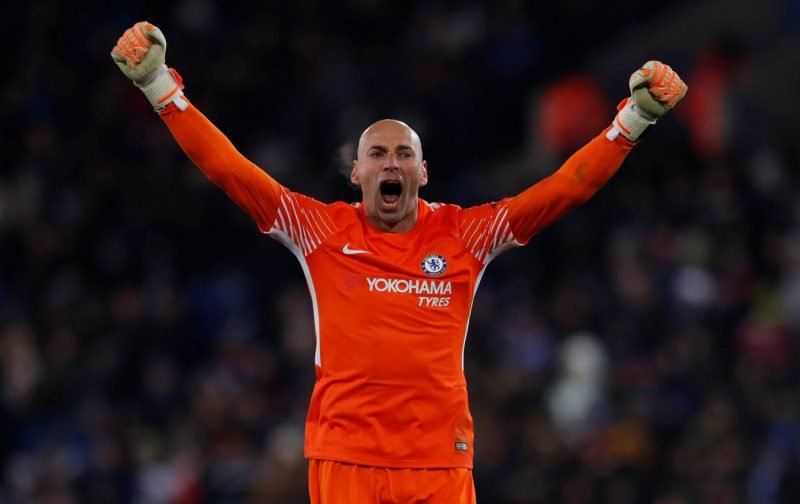 Although yesterday, when the Spanish squad for the 2018 World Cup was announced, there was disappointment for a trio of Chelsea players who missed out, there was joy for Cesar Azpilicueta when our dependable defender was selected.

Later in the day, we’d imagine there were broad smiles on the face of another Chelsea player when the Argentine squad was announced.

Lurking in the 23-man squad was the name of our backup goalkeeper, Willy Caballero.

Since joining Chelsea, from Manchester City, last summer, the 36-year-old has had something of a swansong ending to his career.

The keeper, who played a significant part in Chelsea’s run to the 2018 FA Cup Final but who missed out on selection for the final with Antonio Conte preferring Thibaut Courtois, recently had his first taste of international football.

It appears his presence on the international stage was welcomed by the Argentine coach, Jorge Sampaoli, who has now given Willy the chance of a lifetime.

However, Willy’s role at the World Cup, we feel, won’t be too dissimilar to that he occupies at Chelsea, he’s likely to grace the bench waiting for the opportunity to come on as a replacement, courtesy of injury, but what a way to spend the summer before reporting back to Cobham for the 2018 / 2019 season.