Chelsea Coaching Staff Fear The Axe This Summer But What Are Your Views? 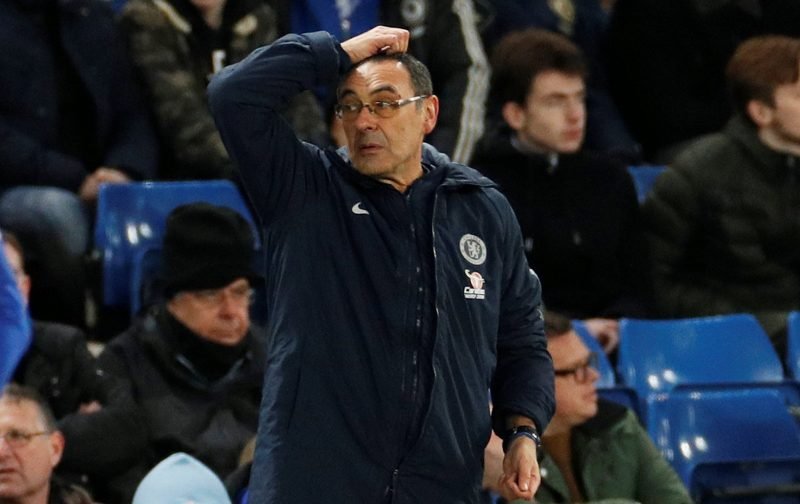 Not even winning a trophy can ensure that another season in the job is forthcoming, as the fate suffered by Antonio Conte proves.

Going a little further back, it appears finishing in second place, in the Premier League, wasn’t deemed as good enough, as Carlo Ancelotti can testify.

So where does that leave Maurizio Sarri?

The Italian, who has never truly been accepted by the Stamford Bridge support as the man to lead us back to the top table of European football, could still achieve a top-four finish and also win the Europa League, something that could, arguably, be called a successful season.

However, according to the red-top publication, the Sun, changes are afoot with the coaching staff, at Chelsea, fearing the axe will fall this summer.

Clearly, they have studied how things normally unfold at our football club.

But, and here’s the big question, after giving it some serious thought, are you of the belief that Maurizio Sarri should be axed this summer, or should he be given another season?

Simply drop your view into the comment facility beneath this article and we’ll see what the consensus of opinion is.

Chelsea Identify The Replacement For The Departing Eden Hazard