Chelsea Identify The Player To End Their Striker Woes 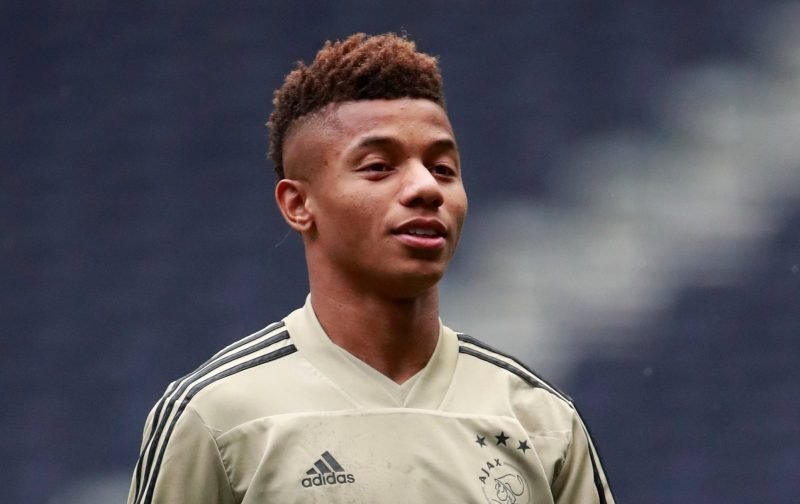 With FIFA intent on imposing a two-window transfer ban, Chelsea are hoping that the Court of Arbitration for Sport, will come to their rescue and freeze the ban until the full hearing decides the punishment that should be inflicted on the club for their misdemeanours.

If, as we all hope, the ban is frozen and Chelsea are able to improve the squad for a fresh assault on the Premier League next season, one area of the team that needs improving is that of the main striker.

Alvaro Morata and Gonzalo Higuain have both struggled to make the desired impact despite the money the club has spent in transfer and loan fees.

According to the news source, the Daily Mail, one possibility Chelsea are looking at is the signing of the Ajax forward, David Neres.

The 22-year-old has been a leading light in Ajax’s success and a vital cog in their charge to the Champions League semi-final.

Neres appears to have become the chosen target after another target, Luka Jovic, agreed to join Real Madrid.

Last season, Neres scored 10 goals in 42 games which, in my opinion, doesn’t look that impressive, however, Chelsea are hopeful of, if the transfer ban is frozen, of doing a deal with Neres being handled by Giuliano Bertolucci and Kia Joorabchian, the same duo that look after our very own David Luiz, when it comes to agent representation.

However, that far from impressive scoring record, concerns me, is Neres really the answer to our prayers?

Please feel free to add your viewpoint in the comment facility beneath this article, we’d be grateful to read your opinions.

Chelsea Set To Participate In A Managerial Swap Inference