Chelsea Secure Their First Big Signing Of The Summer 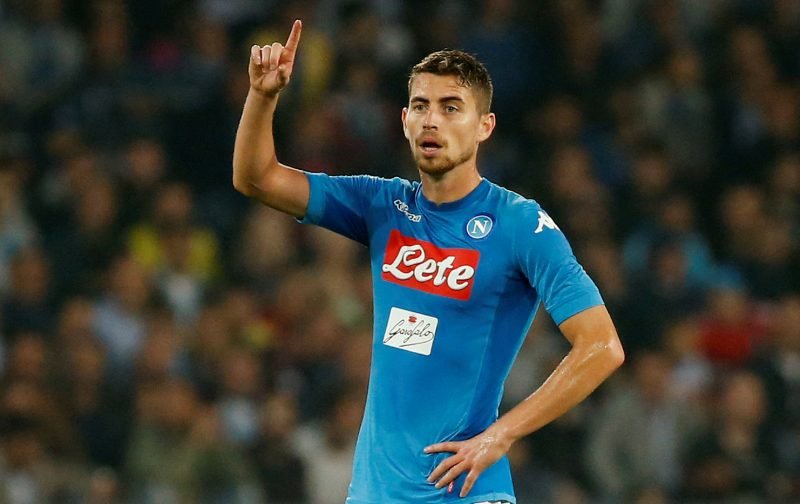 Speculation had been rife for the last couple of days that Chelsea were set to pip Manchester City when it came to securing a deal for the Napoli midfielder Jorginho.

Today, the club have confirmed that the Italian international has put pen-to-paper on a five-year deal with a fee, said to be of the magnitude of £50 million, being agreed.

Talking about signing for Chelsea, the BBC, quotes Jorginho as having remarked,

“I am absolutely ecstatic to be here at Chelsea.

“It is not easy to become part of such a big team so I am very, very happy. I am excited to play in such an intense league, for a team that gives everything to play and win.”

“One of the most coveted midfielders in Europe”.

Last season Jorginho made 36 appearances scoring 4 times as Napoli pushed Juventus all the way for the Serie A title.

His form also saw Manchester City interested in signing the player but once the interest from Chelsea became public knowledge, the player stated that he’d prefer to move to London.

Jorginho, we hope, will fit in nicely alongside N’Golo Kante and stiffen up a midfield that wasn’t quite the same when Nemanja Matic departed for Manchester United.

Here at Vital Chelsea, we’d like to officially welcome Jorginho to Stamford Bridge and we hope his career with us is a hugely successful one.